Allah Most High Speaks with a Voice: Proofs from Qur'an and Sunnah

One of the holy and pure attributes of Allah Most High is that He Speaks, and that He speaks with a Voice. Neither Allah's Speech nor His Voice is comparable or similar to the Speech or Voice of any of His creations. Nevertheless, to deny the Attribute of Voice for Allah is a satanic heresy. No Muslim who adheres to the Sunnah should fall prey to the misguidance of deviated sects like the Jahmiyya and Mu'tazila who deny that Allah Speaks Real Speech and that Allah speaks with a Pure and Holy Voice.


The proofs for this are many. Firstly, from the Suhuf-i-Mutahhara (Qur'an), Allah Most High says, while addressing the Prophet Moses (peace be upon him):


Verily, I have chosen you, so listen to that which is revealed (unto you)


When they listen to that which is revealed to the Messenger...[5:83]


When the Qur'an is recited, listen to it and be silent, that you may receive Mercy [7:204]


These and many other verses of the Qur'an al-Karim prove that Allah's Words are such that are are listened to, and it is only possible to listen to something (with one's two ears) that is audible, and that which is audible to the two ears is known as Sawt (Voice).


The attribute of Sawt (Voice) for Allah is affirmed even more explicitly in the authentic Hadith, in which the Prophet (Sallallaho alaihi wasallam) says:


Translation: (On the Day of Resurrection), the servants of Allah shall be gathered, then Allah shall call out to them with a Voice that is heard exactly the same from afar as it is heard from near (saying): “I am the King, I am the Judge”


Furthermore, the great Imam of Ahlus Sunnah, Imam Ahmad bin Hanbal al-Shaybani (Rahimahullah) has passionately affirmed the attribute of Sawt (Voice) for Allah, and severely condemned anyone who denies it. The following are some of the narrations from Imam Ahmad in this regard:


Abdullah b. Ahmad b. Hanbal says that he asked his father about a people who say 'When Allah (Azza wa Jall) spoke to Moses, He did not speak with a Voice' to which my father said: “Rather, your Lord (Azza wa Jall) speaks with a Voice, we take these Ahadith as they come to us.”


My father (may Allah have mercy upon him) said: “The Hadith of Ibn Mas'ud (Radiyallahu anhu): 'When Allah (Azza wa Jall) speaks, His Voice is heard like a the dragging of a chain against rocks'.” My father said: “The Jahmiyya [a deviant sect] reject this.”


Ya'qub b. Bukhtan says: 'I asked Abu Abdullah [Imam Ahmad] about the one who claims Allah speaks without a Voice' he said: “Rather, Allah Holy is He speaks with a Voice.”


Imam Ahmad has also been reported as saying: “Whoever claims Allah spoke to Moses, but without a Voice, then such a person is a Jahmi, enemy of Allah and enemy of Islam!” 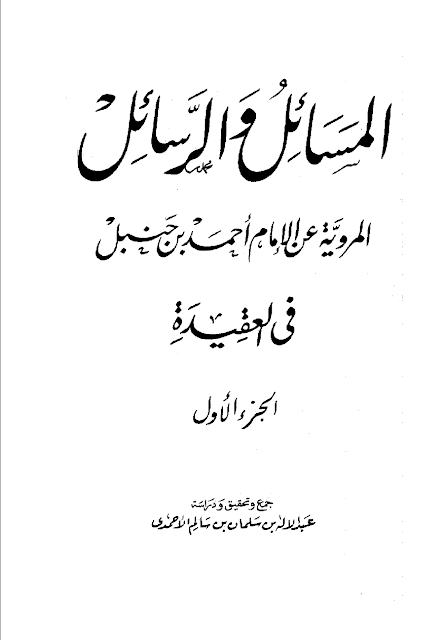 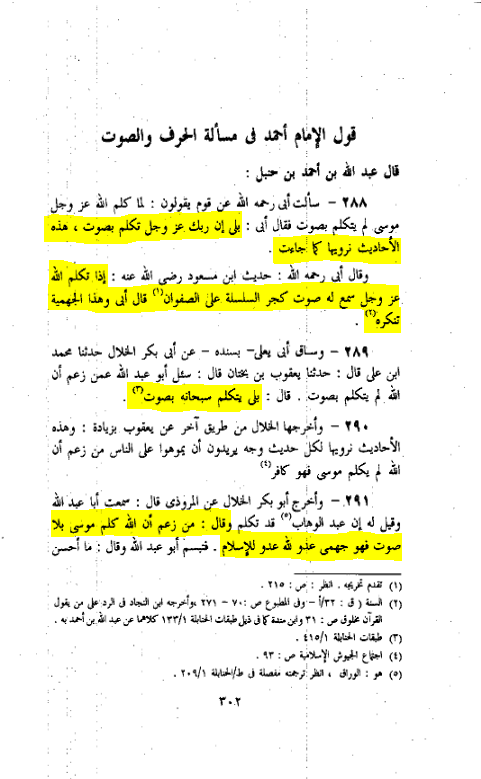