Ahmad Sa’id Khan Multani, the founder of the Chitrori sect known as Markazi Isha’at-i-Tawhid o Sunnah was a Mamati-Deobandi and bigotted follower of the Hanafi madhhab. He wrote his now “infamous” book Quran Muqaddas aur Bukhari Muhaddis in which he shameless and quite audaciously attacked the great Muhaddith Imam Bukhari (rahimahullah), accusing him of having narrated Hadith from “cursed” liars. Being altogether ignorant of the true teachings of the Quran and Sunnah, Ahmad Said Multani boldly asserted in his book that it is impossible for the dead to speak. He quoted two verses of the Holy Quran to that effect:


According to Ahmad Said Multani, these verses indicate that it is impossible for the dead to speak:


“It is impossible for the dead to talk”.


Translation: “When a funeral is ready and the men carry it (the deceased) on their shoulders, if it was pious then it will say, 'Present me quickly (or take me ahead)', and if it was not pious, then it will say, 'Woe to it (me), where are they taking it (me)?' And its voice is audible to everything except a human being and if he heard it he would fall unconcious.”

So what is the answer to this objection and argument raised by Ahmad Said Multani and company? First of all, the first verse quoted from him clearly says that “if the dead had spoken to them”. So if anything is being denied here, it is not that the dead speak, but specifically that the dead do not speak to them and by “them” is meant human beings. Going back to the Hadith of Bukhari Sharif, we see that it clearly says that although the deceased speaks something upon his funeral bier, it is impossible for any human being to hear him. Therefore, there is at least no contradiction between the Hadith and the first verse cited by Ahmad Said Multani.


As for the second verse, it too is not a proof for an absolute impossibility of the dead to speak. Rather, when read in context, the verse is simply saying that if there were to be a Qur'an through which mountains could be moved, the Earth split asunder, or the dead made to speak.


This is why the word بِهِ has been used, a combination of a prefixed preposition and a third person masculine, singular personal pronoun to indicate that if the dead were made to speak “by it” meaning by such a hypothetical Qur'an. By now way can the verse be misconstrued to mean that it is an absolute impossibility for the dead to speak.


Until when death comes to one of them, he will say: “My Lord send me back. So that I may act righteously in that (world) which I have left behind.” Never! It is simply a word he utters, and in front of such people there is a barrier till the day when they will be resurrected


This verse leaves no room for doubt that the dead do speak after death. The evil from among them plead to Allah to return them to the world. This means they are speaking not in the moment before death, but after death proper, otherwise they would not say “send me back”. And Allah refuses them on account that once they have died it is impossible to return to the world, there is an unseen barrier (Barzakh) between them and the world of the living.

In summary, this passage of the Quran (23:99-100) simply proves Ahmad Said wrong that it is absolutely impossible for the dead to speak, and furthermore shows how misguided he is for rejecting an authentic Hadith due to his ignorance of the Qur'an. 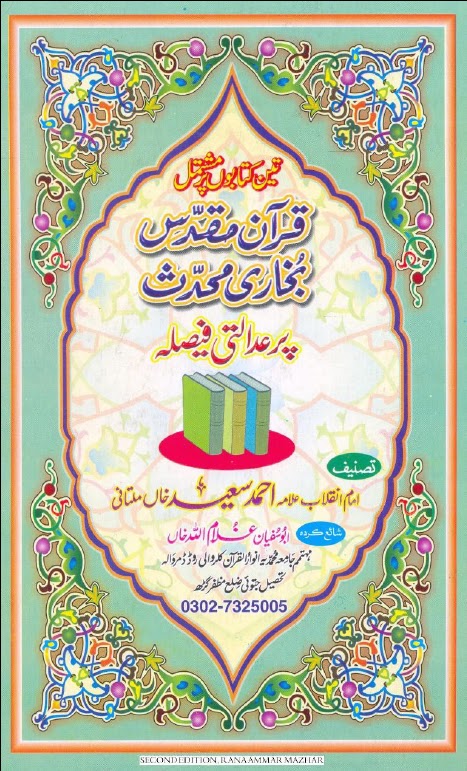 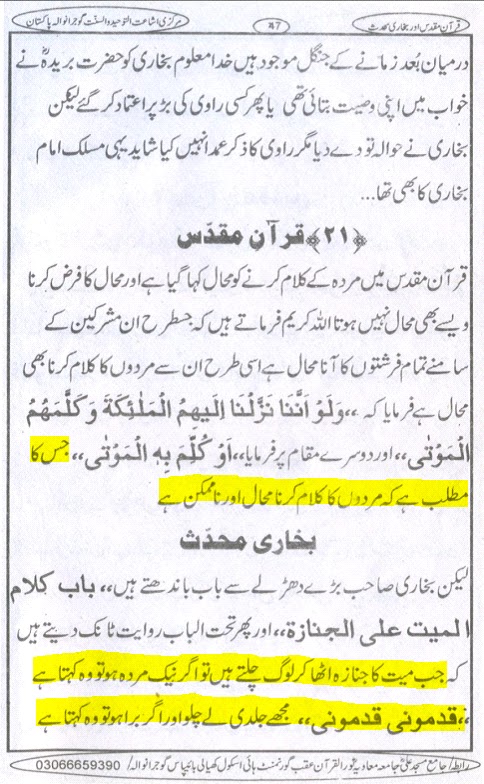 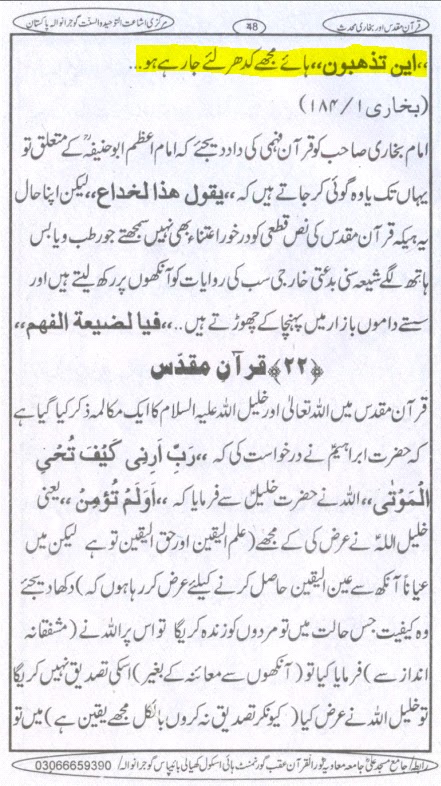