Syed Qutb Compares Life of Messiah (A.S) with Allah to Life of Martyrs

In continuation of our previous entry, the commentary of Syed Qutb of the Holy Qur'an indicates that he did not have the so called “orthodox” or “traditionalist” understanding of the Wafaah of the Messiah. Commenting on the verse of the Holy Qur'an:


Translation: “I (Messiah) was a witness over them as long as I was among them. But when you caused me to die, You were the Watcher over them.” [Surah 5:117]


Because this verse is so clear and precise regarding the fact that the Messiah (peace be upon him) has already died and is no longer alive in this world, Syed Qutb was forced to indicate this reality, hence he wrote:


Translation: He then disclaims any responsibility for what they did after his Wafaat. Taken at face value, the Qur’ānic text means that God gathered Jesus then elevated him to Himself. Some reports indicate that he is alive with God. In my view, there can be no contradiction between the two situations; for God may have determined that Jesus had completed his term of life on earth, and He may have taken him so that he be alive with Him. Martyrs die and finish their lives on earth, but they are alive with God. We do not know what form their life with God takes, nor do we know what form of life Jesus has; but he says here to his Lord that he does not know what they did or said after his Wafaah.


*Note: By comparing the life of the Messiah with Allah to the life of the Martyrs, Syed Qutb has hinted at the fact that Jesus (peace be upon him) has died and is no longer alive in this world; otherwise the comparison with Martyrs would be superfluous, since the Martyrs also experience death by way of killing. The Martyrs are not taken up into Heaven in their bodies without experiencing death. 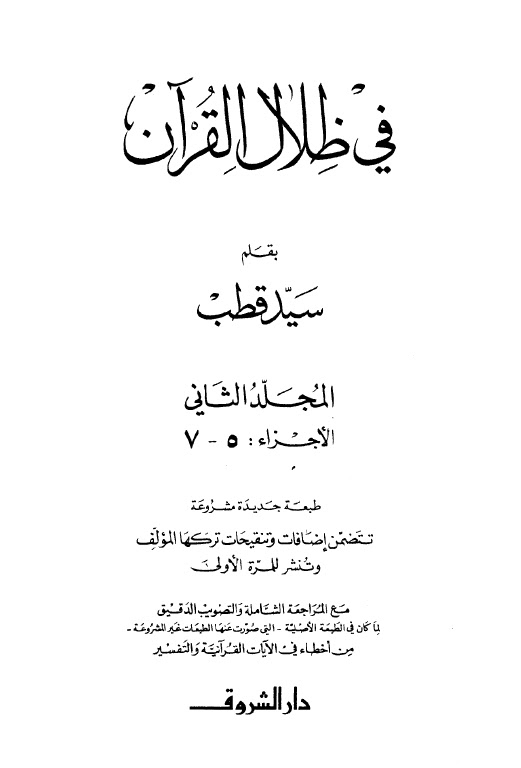 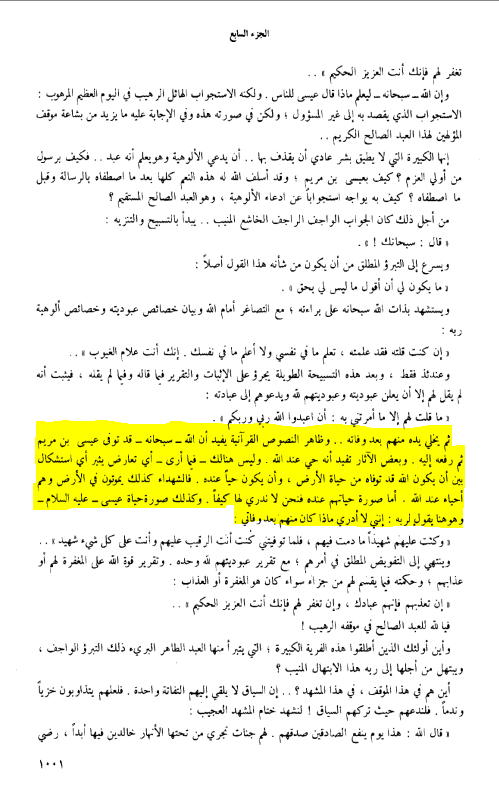