Maulwi Abdul Hayy, like Qasim Nanautawi (Founder of Deoband) staunchly defended this saying attributed to Sayyidina Ibn Abbas (Allah be pleased with him) even though Muhaditheen (scholars of Hadith) consider it as Shaadh (an oddity in the terminology of Hadith science).
The Deobandis in particular passionately defend this Athar and believe in its contents whole-heartedly, while other sects reject it.

One of the objections made against this Athar by those who deny it is that it contradicts the Holy Qur’an’s pronouncement that the Prophet Muhammad (Sallallahu ‘alayhi wasallam) is the Khaatam an-Nabiyyeen (Seal of the Prophets) so there can not be any prophet after him. 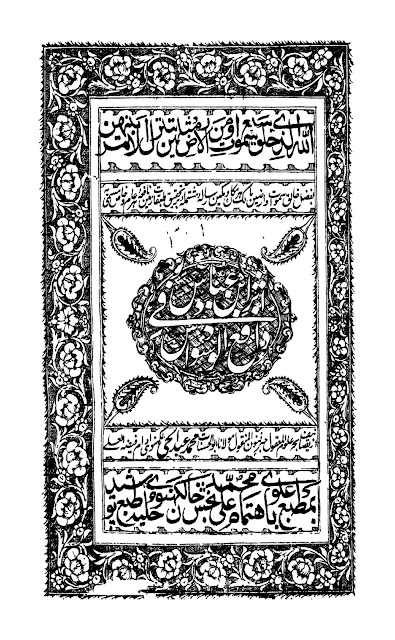 In conclusion, the position of Maulawi Abdul Hayy al-Hanafi of Farangi Mahal is identical to the belief of the Ahmadiyya sect; There is the possibility of a Prophet to appear after the Prophet Muhammad (Sallallahu ‘alayhi wasallam) provided such a prophet is a follower of the Shari’ah of Muhammad and not bringing his own Shari’ah (Law). As I have proven repeatedly with literally dozens of references on this blog, the position of the real Ahlus Sunnati wal Jama’ah concerning Khatam an-Nubuwwah, since time immemorial has been that after Prophet Muhammad (Sallallahu ‘alayhi wasallam) the advent of law-bearing Prophets is forever terminated and now impossible, but the advent of Prophets who are in obedience and compliance with his Shari’ah has never been ruled out.
at August 24, 2016