In the Name of Allah; the Entirely Merciful, the Especially Merciful
The Asha’irah (Asharis) are a theological sect which claims to follow Imam Abul Hasan al-Ashari (Rahimahullah) (d. 324 H)

Modern-day Asharis claim that they are the “orthodoxy” and that the majority of Muslims, or at least Muslim scholars, are adherents of the Ashari creed.

However, we will see how in fact the Asharis are a misguided group which, like the deviant Mu’tazilah before them, believe that the Holy Qur’an is created.

As the reader should be aware, the belief of the original Ahlus Sunnati wal-Jama’ah (the saved sect and orthodox group of Muslims) is that the Holy Qur’an is the Word of Allah, that it is uncreated and that Allah Most High literally spoke it with an audible Voice and consisting of letters and words in the Arabic language. Because the Voice and Speech of Allah are His Attributes emanating from Him, we believe that the Voice and Speech of Allah is uncreated, and therefore the Holy Qur’an is uncreated.

The modern-day Asharis pretend that they hold to this doctrine as well, i.e., that the Holy Qur’an is uncreated. But they only say so to pull the wool over the Muslim masses. The reality is that the Asharis believe that the Holy Qur’an is actually two distinct things. One is the Kalaam Nafsi (internal speech) which is only with Allah. It is eternal without beginning or end and does not consist of any words or sounds. Such a doctrine is of course completely false, because we know that the Holy Qur’an is revealed in the Arabic language (Sura 12: 2, 20: 113, 39: 28, 41: 3, 42: 7, 43: 3, 46: 12) and that it consists of words and letters, and that when it is articulated orally it is sound or audible.

Regarding this Qur’an which is in the Arabic language, consisting of words, letters, sounds and audible, the Asharis say it is created. Hence, the Ashari scholar and theologian, Ibrahim al-Bayjuri (d. 1276 H), writes:

“And the madhhab of Ahl-us-Sunnah is that the Qur’an, with the meaning of al-Kalaam an-Nafsi [the meaning that resides eternally with the Self of Allah] is not created. And as for the Qur’an with the meaning of the lafdh (the wording) that we recite, then it is created.”
Reference: Haashiyat al-Bayjuri ala Jawahirut Tawhid; p. 160 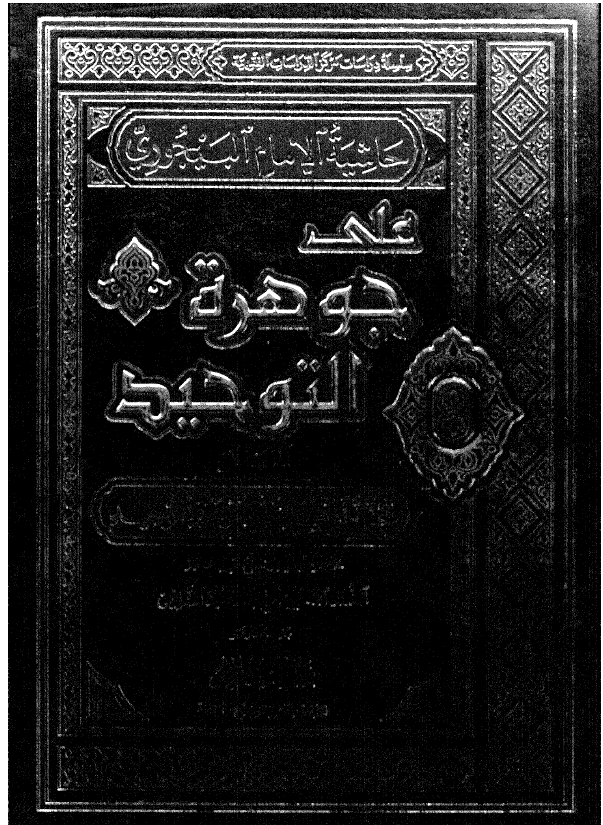 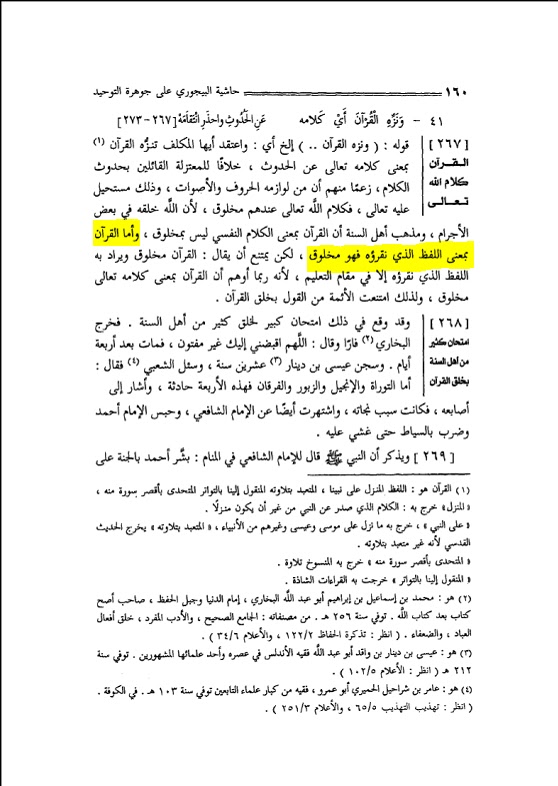