Reality of the Saudi Kingdom

The ruling Saudi dynasty’s importance for Muslims lies in the fact that it possesses custody over the two most sacred Shrines; the Ka’ba in Mecca and the Prophet’s Mosque in Medina.

The Saudi government takes pride in its role of custodian of these two sacred Shrines, and has for many decades maintained and renovated them. I compare the Saudi dynasty to the Jewish Herodian dynasty of antiquity. Herod the Great’s (d. 4 BCE) legacy to his people was in his colossal building projects throughout Judea and his expansion and renovation of the Second Temple in Jerusalem, which became known as Herod’s Temple.
The Herodians were Roman client kings of Judea, much like how the Saudi Kingdom is a client state of Western imperial powers, first the British and now the Americans.

Like the Herodians two millennia ago, the present-day Saudis and the ‘Ulama under their patronization represent the religious establishment whose function is to monopolize the religious leadership and guidance of the Muslims. The Saudi ‘Ulama are comparable to the Jewish Sanhedrin composed mainly of followers of the elitist Sadducee sect. The role of the Grand Mufti of Saudi Arabia is quite comparable to the role of the Jewish High Priest who led the Sanhedrin during the time of the Herodian dynasty.

Of course, these striking similarities are not coincidental, but are in line with the Prophet Muhammad’s (peace be upon him) prophecy:

The Prophet (peace and blessings of Allah be upon him) said: “You will certainly follow the ways of those who came before you hand span by hand span, cubit by cubit, to the extent that if they entered the hole of a lizard, you will enter it too.” We said: “O Messenger of Allah, (do you mean) the Jews and the Christians?” He said: “Who else?” (Narrated by al-Bukhaari, 1397; Muslim, 4822)

The Saudis are perhaps most criticized for their colossal building projects in the sacred city of Mecca. The recent construction of the nearly 2,000 feet tall Mecca Royal Clock Tower Hotel and other immense skyscrapers eclipsing the sacred Ka’ba is a source of great consternation for the Muslims: 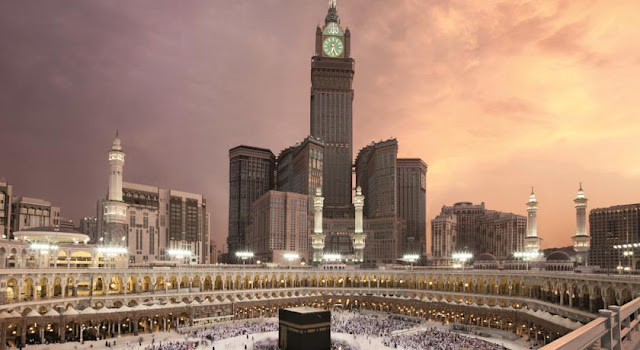 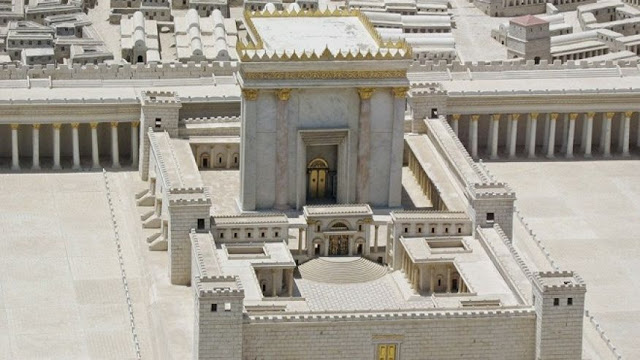 The obsession of the Saudis and other Gulf rulers for building these immense buildings, hotels and skyscrapers is in fact a grand prophecy and Sign of the Hour that we come to know of from the Hadith of Gabriel: “When the shepherds of black camels start boasting and competing with others in the construction of higher buildings” (Bukhari).

However, this is not at all to be conceived as a positive development, contrary to what the Saudis or others might think. These skyscrapers and luxury hotels are signs of decadence and result in the transformation of Mecca as a spiritual sanctuary into yet another center of consumerism and worldly indulgence.

Because of the steep fall in the value of the oil market, and the creeping isolation of the Saudi state in the international community, the Saudis have increased their financial investment in their custody of Islam’s two most sacred Shrines. Their intentions are clear, to make the sacred town a source of dividends by transforming the Hajj from being a spiritual pilgrimage into money-making religious tourism. So while the outer form of Islamic worship remains, its inner spirit and power has become diminished. How ironic is it that the most sacred place on Earth has become a symbol of Dunya.

Like the Egyptian State’s utilization of the establishment ‘Ulama of Al-Azhar University in order to give the State a veneer of religious legitimacy in the eyes of the public, the Saudi State has an intimate bond with its patronized ‘Ulama and Shuyukh since the unique alliance was formed between Muhammad b. Saud and Shaikh Muhammad b. ‘Abdul Wahhab (Rahimahullah).

The function of the establishment ‘Ulama is to serve the interests of the State in the sphere of the religious education of the masses. The State recognizes that ordinary Muslims have a deep attachment and reverence for the ‘Ulama, and so seeks to maintain a degree of control over the modern institutions which are churning out ‘Ulama.

But what the Saudis and other fail to recognize is that the history of true Religion is a history of dissent from the religious establishment. For the reader to truly appreciate this fact, he or she must carefully consider the reality and function of a Prophet or Nabi. The Prophet’s authority is derived from his being directly chosen by and in contact with Allah: “That God alone appoints the prophet makes the prophet independent of all institutions and able to challenge them.” (Jewish Study Bible; p. 408)

Hence, the prophetic spirit is a spirit of challenging and dissenting from the religious establishment, frequently inviting the disdain and opposition of the latter, who accuse Prophets and Prophet-like figures of being a source of Fitnah (tribulation), discord and even deviation. Unlike the heads of the religious establishment, who are decked in expensive, elaborate and fine garments with intricate embroidery, etc., a Prophet-like figure is usually humble in appearance and dress and gives off an aura of piety and other-worldliness.

Undoubtedly, the promised Mahdi (peace be upon him), this messianic and Prophet-like figure, is someone who will be a source of discomfort for not only the religious establishment and pseudo-Ulama and pseudo-mystics, but also for the powerful ruling States among the Muslims, such as Saudi Arabia, Turkey, Egypt, Iran, and Pakistan. We know that when the people pledge their allegiance to the promised Mahdi under the shade of the sacred Ka’ba in Mecca, an army will come up against him in the direction of the north which shall be destroyed only through a divine intervention. In all probability, that army which comes up to oppose the promised Mahdi will be the armed forces of the ruling Saudi State (Allah knows best).

In other words, whatever the merits and virtues of the Al-Saud dynasty, we see now that they are heading in the direction of being on the wrong side of history.

Now let us consider some of the misguided and extreme reactions to the Saudi State. Here I am referring to the dangerous tendency of Takfir which characterizes the present-day Takfiris, or Neo-Kharijites, i.e., groups like Al-Qa’ida and Da’ish (ISIS). These people regard the Saudi State as a Taghut (false god) and make Takfir of it. The Muslim mainstream, however, that is Ahlus Sunnati wal-Jama’ah, have disassociated themselves from these people and their extremist ideology of Takfir. In fact, their Takfir of the Saudis and extreme hatred for the latter is a result of their lust for political power and desire to overthrow the Saudi dynasty only to replace it with their own regime.

But the reader should be aware that the promised Mahdi will have no such underlying desire for power to launch any kind of political agenda or, God forbid, engage in acts of indiscriminate violence and terrorism. He will be guided by Allah in his mission and have no personal desire to rule or settle scores with any of the present-day ruling Muslim governments.

So while we Muslims, who eagerly await the advent of the Mahdi, should remain aloof from all of the present-day States and eschew important positions in any government, so as to avoid a dangerous conflict of interest when the promised Mahdi does arrive on the scene, we should not fall prey to the ideology of Takfir or even engage in political opposition or uprising against any present-day Muslim government. Rather, we should take guidance from the Words of the Holy Qur’an:

“So wait, verily, I too am with you in being from those who wait.”

So while a certain section of the Muslims, infected by the virus of Takfirism and Kharijism, have fallen prey to extremism in their political and personal reasons for bearing enmity to the Saudi government, there are those other vast majority of Muslims who have fallen prey to another form of misguidance. This is the misguidance of attachment to one’s State, nationalism, sentiments of patriotism and national pride etc. The reality is that many Muslims regard themselves as citizens of their respective countries first, and Muslims second. They take excessive pride in being Egyptians, Iranians, Pakistanis, Bangladeshis, etc. For them, loyalty and devotion to their country has taken on a kind of disturbing religious fervor. Such people, in their present condition, can hardly be expected to express the pure Islamic anticipation and eagerness for the arrival of the Mahdi and the Messiah. This feeling of Islamic eagerness for the arrival of the Messiah is rooted in a deep love and attachment to Islam, and desire for the Kingdom of God to be established here on Earth, a heavenly Kingdom and Messianic State which will replace the present-day regimes, states and governments which no true Muslim can be satisfied with.

In conclusion, Muslims reading this should always keep this belief deeply ingrained in their hearts that the Saudi government has not been destined for greatness or permanence. The coming Mahdist or Messianic government is bound to imminently replace it. We ought to be spiritually and psychologically prepared for this huge change in the course of the near future which will be of cosmic proportions.
at December 30, 2016