Barelwi Fatwa: Jinnah was a Murtad (Apostate) and Kafir (Infidel)


The Barelwis (i.e. grave-worshipers) are a sect that is very widespread among the Muslims of the Indian subcontinent, including Pakistan, a Muslim country that was carved out of Hindu-majority India in 1947.
Pakistan was founded by Mr. Muhammad Ali Jinnah (1876-1948). He is affectionately referred to as Qaid-e-Azam (lit. “great leader”) by Pakistanis. 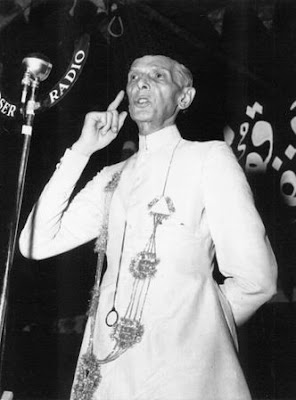 In Pakistan, the Barelwis frequently boast that while their Deobandi rivals were supportive of the Hindu-dominated Congress Party, and opposed the creation of Pakistan, they (Barelwis) fully supported the Pakistan movement. Furthermore, the Barelwis accuse Deobandi Ulema of disrespecting Mr. Jinnah and issuing edicts of Kufr against him, intending to embarrass the modern-day Deobandis of Pakistan.
But this is nothing short of revisionism. Historically, the Ulema from many sects including the Barelwis bitterly opposed the Muslim League and its leader Mr. Jinnah. The Barelwi mulla Muhammad Tayyab Danapuri issued a strongly-worded fatwa against Mr. Jinnah, stating:
بحکم شریعت مسٹر جینا اپنے ان عقا‌‎‌‍‏ئد کفریہ قطعیہ یقینیہ کی بنا پر قطعا مرتد اور خارج از اسلام ہے
Translation: “By the verdict of the Shari’ah, Mr. Jinnah, due to these decidedly heretical beliefs, is certainly an apostate and expelled from Islam.”
Reference: Tajanib Ahle Sunnat; p.177 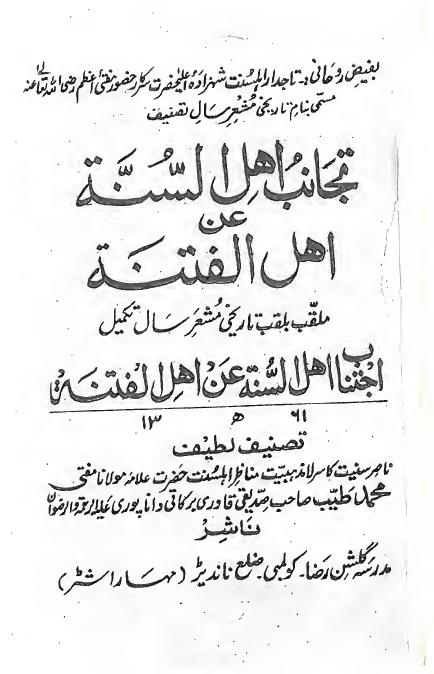 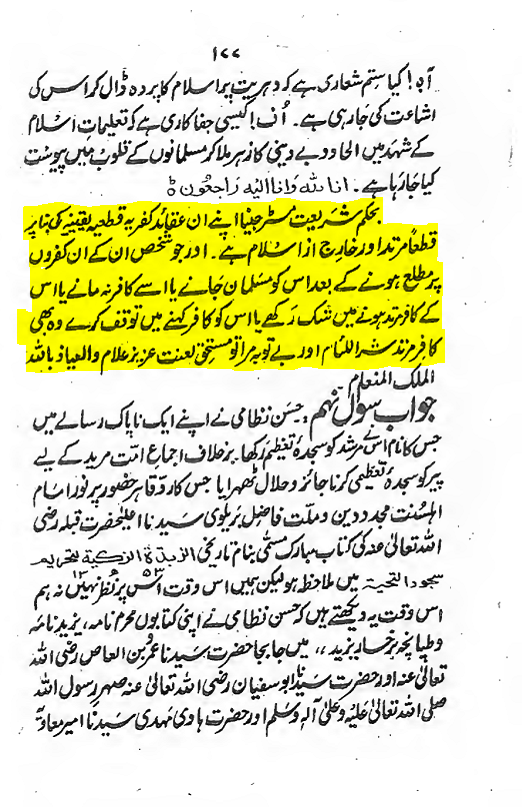 The Barelwi mulla, not satisfied with simply excommunicating Mr. Jinnah from Islam, went further and stated that anyone who simply doubted the veracity of this fatwa after being aware of Jinnah’s beliefs is likewise an apostate and an infidel!
at May 13, 2017