He found you absorbed in His love so guided you to Him (Sura 93:7)


In the Name of Allah; the Entirely Merciful the Especially Merciful


Allah Most High says to His beloved Prophet ﷺ


The word ضالّ as used in this Verse has caused controversy as it ordinarily means “misguided” “erring” “astray”. However, this word has several other meanings, and that meaning should be understood which is befitting the status of the beloved Prophet ﷺ


Regrettably, certain English translations of the Holy Qur’an have mistranslated this Verse resulting in denigration of the status of the beloved Prophet ﷺ


The translation of Shi’ite translater, Ali Quli Qara’i: “Did He not find you astray, and guide you?”


The translation of non-Muslim British orientalist, A. J. Arberry: “Did He not find thee erring, and guide thee?”


These are other similar translations are incorrect for several reasons. Elsewhere in the Holy Qur’an it is stated:


Your Companion ﷺ has not strayed, nor has he erred


Therefore, to be consistent with the Holy Qur’an, a majority of the classical exegetes have rejected the meaning that Allah found the Prophet ﷺ “astray” or “erring” and then guided him to the Truth. They instead mention the reported incidents when the Prophet ﷺ while still a young child was once lost somewhere in Mecca. At the time he was under the custody of his paternal grandfather Abdul Muttalib, who was greatly distressed that the Prophet ﷺ was lost and he could not find him. Abdul Muttalib was so distressed he went straight to the sacred Ka’ba and begged Allah to return the Prophet ﷺ to him. Incidentally, it was Abu Jahl who came across the beloved Prophet ﷺ and returned him to his grandfather. Another incident is narrated that the Prophet and his uncle, Abu Talib, were once lost on the way to Syria but were miraculously guided back to the way. So here Allah is reminding the Prophet ﷺ of His favors of guiding him back to the way when he was lost.


Imam Fakhr al-Din al-Razi (d. 606H) has also explained another possible meaning which is that the Prophet ﷺ was engrossed in the love of Allah, so Allah guided him to Him. This is the translation put forward by Mirza Ghulam Ahmad Qadiani and Ahmad Reza Khan Barelwi in modern times. Imam al-Razi writes: 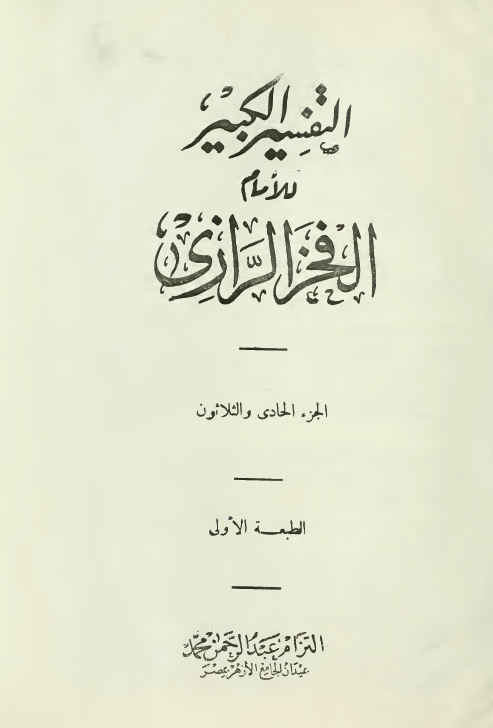 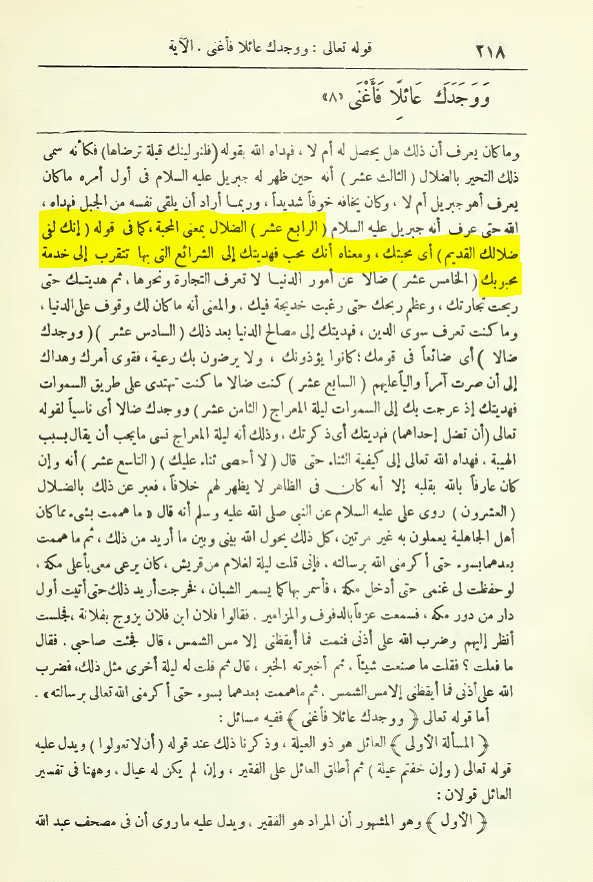 
They said: “By Allah, you are still deeply engrossed in the same old love of yours.”