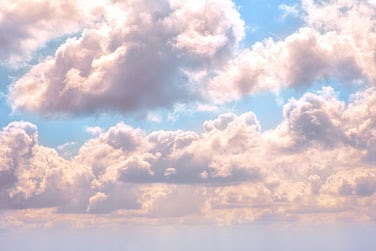 
The Holy Spirit or روح القدس (RūH-al-Qudus) is someone or something that figures prominently in the Abrahamic religions. It function is to be the means through which a human being, prophet or otherwise, becomes inspired by God. There is some significant difference of opinion regarding the reality of the Holy Spirit. Some consider it as an impersonal force, and an attribute of God. This view is found among Jews and the Jehovah’s Witnesses. The trinitarian Christians regard the Holy Spirit as the third person of the triune Godhead, who is co-equal and co-eternal with the Father and the Son. Many Muslims believe that the Holy Spirit is none other than Angel Gabriel, the Angel of Revelation and Prophecy. However, I argue that the latter view expressed by many Muslims is not very well established in the sacred Texts of Islam. Nowhere in the Holy Qur’an or Hadith is the Holy Spirit explicitly identified with the Angel Gabriel. I will discuss the reality of the Holy Spirit in a future entry ان شاء الله


In this entry, I shall discuss the fact that the Holy Spirit is not exclusive to Prophets, but that non-Prophets too can experience its gifts and inspired through it.


Undoubtedly, this is the Holy Spirit which Allah has sent down to strengthen this certain elevated class of Believers. In an authentic Hadith, the Prophet Muhammad ﷺ specifically prayed for his illustrious companion Hassan b. ThabitRA to be strengthened by the Holy Spirit:


“O Hassan! Reply on behalf of Allah’s Apostle. O Allah! Support him with the Holy Spirit”


In another Ayah of the Qur’an, Allah says:


He sends down the Angels with the Spirit from His command upon whom He wills from among His servants - to warn them that “there is no god except Me, so fear Me”


Many exegetes claim that على من يشاء من عباده refers only to the Prophets and Apostles, but that is based on the fallacious presumption that the Angels and the Spirit only descend with inspiration upon a Prophet and never upon a non-Prophet. Rather, Allah is clearly saying that He sends down the Angels with the Spirit upon whomsoever He wishes from among His servants, Prophet or non-Prophet. This is reinforced by the fact that this Verse is speaking of the inspiration to warn mankind that there is none worthy of worship except Allah, and that Allah alone should be feared with Taqwa. In other words, this is not the inspiration or revelation of Tashri’ (legislation) which is exclusive to law-bearing Prophets and Apostles, but rather, the inspiration of Indhar (warning) and enjoining of Tawhid (monotheism), the worship of Allah alone. This type of inspiration is not exclusive to Prophets and can come down to any servant of Allah with whom He is pleased to communicate with, and we come to know from this Verse that such communication or inspiration is by way of Angels coming down with the Holy Spirit.
at December 18, 2017