Smoke from the Sky 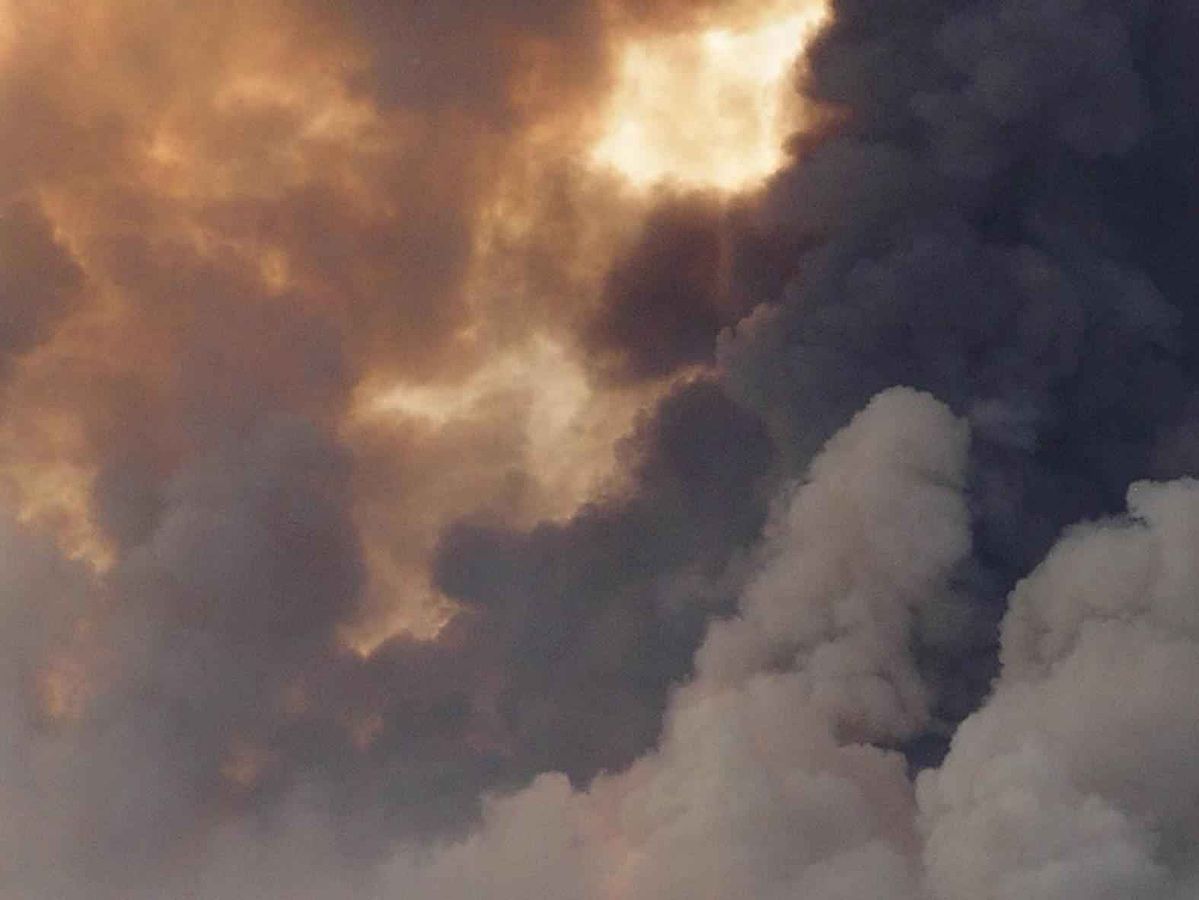 
In a previous entry I cited the interpretation of the Prophet’s ﷺ eminent companion, Abd Allah b. Mas’udRA regarding this Ayah. Just to recap, he stated that the punishment of the visible smoke was fulfilled during the seven years of famine that the people of Mecca had to endure for their rejection and persecution of the Prophet ﷺ. Due to extreme hunger, weakness and fatigue they would hallucinate and see smoke coming down from the sky as a result of hallucination. While Ibn Mas’udRA was certainly correct in his interpretation, the Quranic passage hints at a double manifestation of this punishment of ‘Smoke’ (Sura 44:11-16), because the first punishment will be suspended after the disbelievers beg for it to be removed. The Prophet ﷺ warned his Umma that the ‘Smoke’ is yet to come and is one of the ten major Signs of Judgment Day. Know that ‘Smoke’ is associated with the burning glory and presence of Allah, something which is repeatedly mentioned in the Torah: “Mount Sinai was covered with smoke, because the Lord descended on it in fire. The smoke billowed up from it like smoke from a furnace, and the whole mountain trembled violently.” (Exodus 19:18) Some manuscripts state “all the people trembled violently”, as it is stated in Exodus 20:18. It is written in the Psalms: “Part your heavens, Lord, and come down; touch the mountains, so that they smoke.” (Psalm 144:5) “Then the Lord will create over all of Mount Zion and over those who assemble there a cloud of smoke by day and a glow of flaming fire by night; over everything the glory will be a canopy.” (Isaiah 4:5) In Isaiah’s vision: “In the year that King Uzziah died, I saw the Lord, high and exalted, seated on a throne; and the train of his robe filled the temple. Above him were seraphim, each with six wings: With two wings they covered their faces, with two they covered their feet, and with two they were flying. And they were calling to one another: ‘Holy, holy, holy is the Lord Almighty; the whole earth is full of his glory.’ At the sound of their voices the doorposts and thresholds shook and the temple was filled with smoke.” (Isaiah 6:1-4) “Before the great and terrible day of the Lord comes, I will set portents in the sky and on earth: Blood and fire and pillars of smoke” (Joel 3:3-4, Jewish Study Bible)


The Holy Quran states that Allah Most High shall Himself come on Judgment Day (Sura 89:22), and so we conclude that the visible smoke in the sky shall be as a result of His burning glory as He comes accompanied by hosts of Angels. This is also reinforced by Allah saying He shall come with clouds (Sura 2:210) and that He shaded the Israelites with clouds (Sura 2:57), a reference to the clouds that are associated with the divine presence as mentioned in Exodus 40:34-38.
at February 27, 2018