Movement of Juhayman and the Ikhwan (1979) 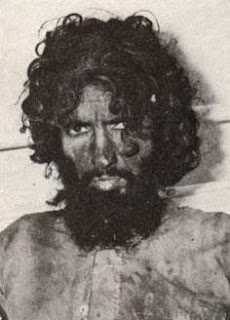 Juhayman al-Utaybi (rahimahullah) and his brother-in-law Muhammad b. Abd Allah al-Qahtani (rahimahullah) led an armed uprising in 1979 and famously seized control, temporarily, of the Sacred Mosque in Mecca. The Juhaymaniyun can be excused for sincerely believing that Juhayman’s brother-in-law was the expected Mahdi, because he fulfilled so many of the signs and characteristics of the Mahdi that even some of the top Ulama of Saudi Arabia were confused as to his affair. In hindsight, it is easy to say that Juhayman and his group were severely mistaken and committed a sin in doing what they did with regard to seizing the Sacred Mosque and the subsequent spilling of blood. However, the actions of the Saudi regime were equally if not more sinful during that great tribulation. The Jama’at al-Salafiya al-Muhtasiba, established under the supervision of the knowledgable grand mufti, Shaykh Abd al-Aziz bin Baz, and later the Ikhwan of Juhayman, were sincere and pure in their religious activities and ideology. At the time, Saudi Arabia was heading toward unbridled modernism and gradual Westernization. It was a consequence of the activity of Juhayman’s Ikhwan in 1979 that the Saudi regime was forced to slam the brakes on the project of Westernization/modernization. Only recently, with the rise of the satanic “crown prince” Ibn Salman (known as MBS) and his impure Vision 2030, has Saudi Arabia reversed course once again and is racing toward the gates of Hell. It was in anticipation of this kind of filthy devil (MBS) that Juhayman and his Ikhwan rose up in the late 1970s, with apocalyptic fervor and utmost devotion to Allah, in protest against the corruption of society and the wrongheaded policy of modernity and Westoxification. The Mukhlisin of today have a critical lesson to learn from the movement of Juhayman now that the Saudis have finally dropped the pretense of any loyalty to Islam and exposed the ugliness that was previously hidden behind a superficial mask.
at April 24, 2018