Concerning the death of the promised Messiah, Jesus of Nazareth , I previously cited a narration from the Prophet’s  beloved grandson, sayyidina Hasan , in which he stated, on the occasion of eulogizing his mighty father, Mawla Ali  who had been martyred:
ولقد قبض في الليلة التي عرج فيها بروح عيسى بن مريم
“And (Ali) was taken the (same) night in which the spirit of Jesus son of Mary was made to ascend”
This narration is authentic, as I demonstrated in that previous blog entry, and it proves that Jesus son of Mary was not raised to Heaven in his physical body, rather his soul ascended, indicating death.
A certain polemicist, Mr. Waqar Akbar Cheema, who attempted to prove that Jesus son of Mary was raised alive to Heaven in his physical body, brought forth an alternative version of this narration from the Mustadrak of al-Hakim, with the wording:
قُتِلَ لَيْلَةَ أُنْزِلَ الْقُرْآنُ ، وَلَيْلَةَ أُسْرِيَ بِعِيسَى
“(Ali) was murdered the (same) night the Qur’an was sent down, and the (same) night Jesus was moved”
Mr. Cheema argues that this narration is authentic because: “I shall clarify that al-Dhahbi did not comment on this narration. And scholars say that a narration of al-Hakim’s Mustadrak on which al-Dhahbi does not comment is Hasan in status if not criticized by others”
However, the truth is whether or not Imam al-Dhahabi commented on this narration, a simple review of its sanad is sufficient to cast doubt on its authenticity due to the narrator al-Hurayth b. Makhshi, who is majhul (unknown) as not a single Muhaddith mentioned his tawthiq: 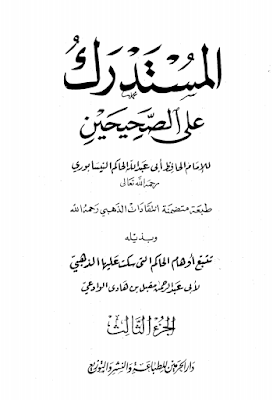 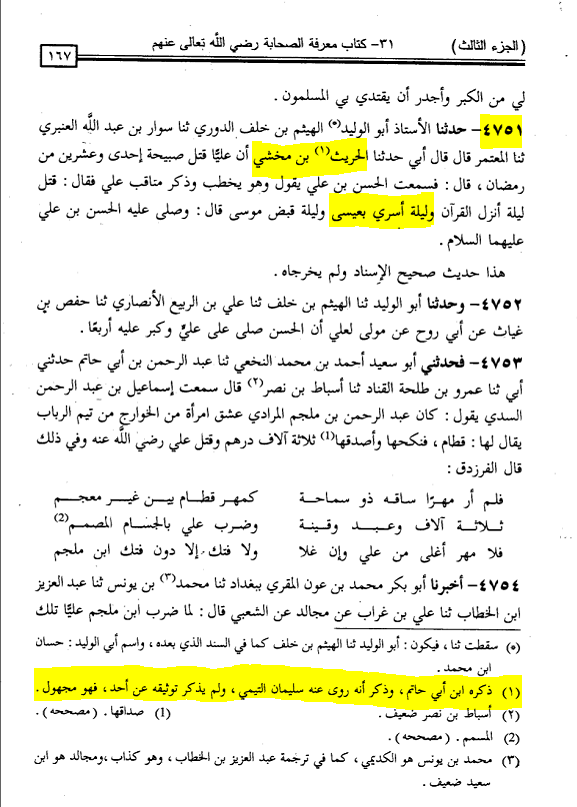 Yet another version of this narration is present in the Tarikh of al-Tabari, with the wording:
لَقَدْ قَتَلْتُمُ اللَّيْلَةَ رَجُلا فِي لَيْلَةٍ فِيهَا نَزَلَ الْقُرْآنُ ، وَفِيهَا رُفِعَ عِيسَى ابْنُ مَرْيَمَ ، عَلَيْهِ السَّلامُ ، وَفِيهَا قُتِلَ يُوشَعُ بْنُ نُونٍ فَتَى مُوسَى
“Tonight you have killed a man on a night in which the Qur’an came down, a night in which Jesus the son of Mary was taken up, and a night in which Joshua the son of Nun, the champion of Moses, was killed.”
This narration is weak due to the narrator Muhammad b. Sinan al-Qazzaz: 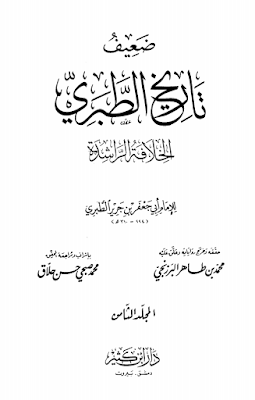 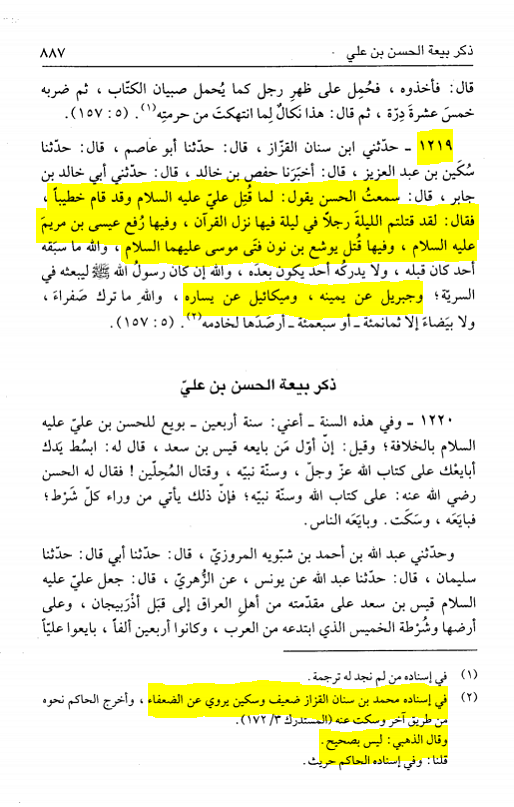 Furthermore, the content of this narration is questionable too, since the great Prophet Joshua , Moses’s successor and champion, died a natural death, well advanced in years, and was not murdered.
at June 06, 2018