Knowledge of Unseen Disclosed to Non-Prophets?


In his recent debate with the Deobandi Abdul Latif Safdar and another one some time ago with Deobandi mufti Abdul Wahid, the Ahl ul-Hadith debater Siddiq Raza cited the proceeding Ayatayn as proof for his position that Allah Most High absolutely does not reveal anything of the ghayb (unseen matters) to anyone except a Rasul (Apostle of God):


Knower of the unseen, nor does He reveal His unseen to anyone. Except whom He has approved of a Messenger. And indeed, He makes to march from before him and behind him a guard.


I too was previously of the view that although Allah continues to inspire into the hearts of the pious Believers guidance, knowledge and reassurances, He does not inspire or reveal anything of the unseen to anyone except a Prophet. But the fact of the matter is that some matters of the unseen may be disclosed to non-prophets in the form of visions and dreams, as the Prophet Muhammad (sall Allahu alayhi wa-aalihi wasallam) said:
لَنْ يَبْقَى بَعْدِي مِنَ النُّبُوَّةِ إِلاَّ الْمُبَشِّرَاتُ
“Nothing remains after me of Nubuwwa [prophethood] except the Mubashshiraat.”
When asked what exactly the Mubashiraat are, he (sall Allahu alayhi wasallam) said:
الرُّؤْيَا الصَّالِحَةُ يَرَاهَا الرَّجُلُ الصَّالِحُ أَوْ تُرَى لَهُ جُزْءٌ مِنْ سِتَّةٍ وَأَرْبَعِينَ جُزْءًا مِنَ النُّبُوَّةِ
“A true dream which a pious man sees or is shown to him; a part of the forty six parts of prophethood” (Muwatta lil-Malik: Kitab al-Ru’ya)
That these visions or dreams contain some news of the unseen is evident from the fact that the Prophet (sall Allahu alayhi wasallam) has termed them Mubashshirat linguistically related to the word for glad-tidings and from the fact that he has declared them as one of the parts of Nubuwwa (prophethood) which remains among his Umma after him. Another Hadith clarifies this fact:
إِذَا اقْتَرَبَ الزَّمَانُ لَمْ تَكَدْ تَكْذِبُ رُؤْيَا الْمُؤْمِنِ، وَرُؤْيَا الْمُؤْمِنِ جُزْءٌ مِنْ سِتَّةٍ وَأَرْبَعِينَ جُزْءًا مِنَ النُّبُوَّةِ
“When the the [end] time approaches, the vision of the Believer will hardly fail to come true. And the vision of the Believer is one of the forty six parts of prophethood.” (Sahih al-Bukhari)
The words lam takad takdhibo ro’yal-Mo’min clearly indicate that the content of such visions which are one of the parts of Nubuwwa is a disclosing of some matter of the unseen. For example, if someone sees in a vision that in the future a child will be born to him, this is an example of a matter of the unseen which Allah Most High has acquainted him with. The Prophet Muhammad (sall Allahu alayhi wasallam) declared that toward the end of time such visions containing glad tidings of the unseen will hardly fail to be fulfilled, and furthermore, that this phenomenon of true visions is one of the parts of Nubuwwa but which has been granted to the Believers as a divine favor. This part of Nubuwwa which remains until Judgment Day despite the general sealing of Prophethood is the only route through which a Believer can experience something of that which the Prophets of old experienced and had. Hence, a Believer who frequently experiences true visions that are fulfilled is a partial “prophet” having within him manifested one of the parts of prophethood. It is only the most truthful Believers from his Umma in whom this remaining part of Nubuwwa shall be exhibited through in a fuller expression and stronger level, as the Prophet (sall Allahu alayhi wasallam) said:
وَأَصْدَقُكُمْ رُؤْيَا أَصْدَقُكُمْ حَدِيثًا
“The truest among you in vision is the truest among you in speech” (Sahih Muslim: Kitab al-Ru’ya)
How then is the explicit statement of the Ayah “He does not reveal His unseen to anyone except whom He approved of a Messenger” reconciled with the purport of these authentic Ahadith which clearly indicate that some matter of the unseen may be disclosed to a non-prophet Believer through a ru’ya (vision)? One answer, as explained by Shaykh ul-Islam Ibn Taymiyya, is that the word ghaybihi (His unseen) has been used and that is a reference to the particular knowledge of the unseen which is only revealed to Prophets and Messengers:
قوله على غيبه هو غيبه الذى اختص به وأما ما يعلمه بعض المخلوقين فهو غيب عمن لم يعلمه وهو شهادة عمن علمه فهذا أيضا تخبر منه الأنبياء بما لا يمكن الشياطين أن تخبر به
(al-Nubuwwat pp.1021-1022): 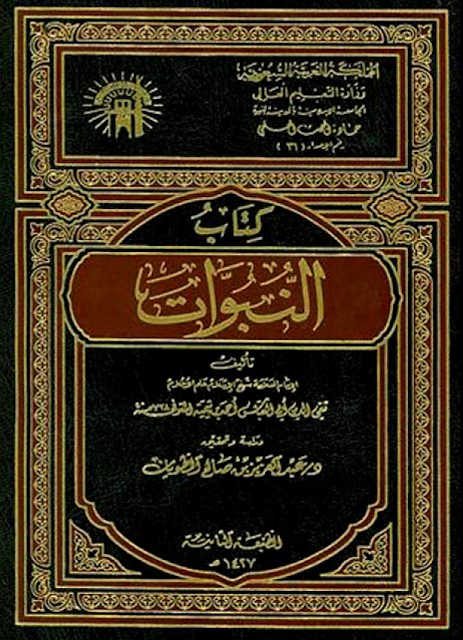 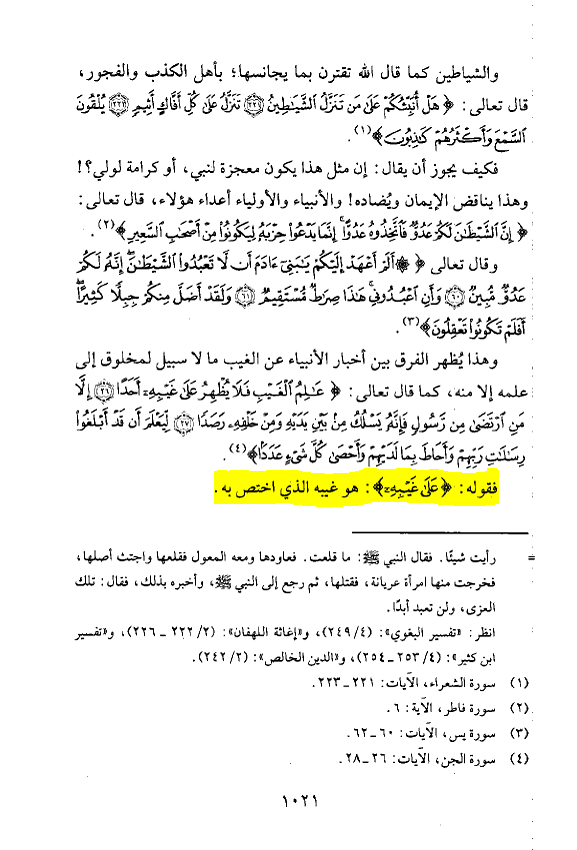 As for those who disregard the Hadith, I shall cite a proof from the holy Qur’an itself where a matter of the unseen was disclosed to a non-Prophet:
إِذْ قَالَتِ الْمَلَائِكَةُ يَا مَرْيَمُ إِنَّ اللَّـهَ يُبَشِّرُكِ بِكَلِمَةٍ مِّنْهُ اسْمُهُ الْمَسِيحُ عِيسَى ابْنُ مَرْيَمَ وَجِيهًا فِي الدُّنْيَا وَالْآخِرَةِ وَمِنَ الْمُقَرَّبِينَ
When the Angels said: “O Mary, verily Allah gives you glad tidings of a Word from Him; his name is the Messiah Jesus son of Mary, distinguished in this world and in the Hereafter and among the near ones.”
(Sura 3:45)
Allah Most High gave the glad-tidings through the Angels of a pure son to the virgin Mary (peace be upon her) prior to her becoming pregnant. No one can dispute that the news of the birth of the Messiah was a matter of the unseen, but Allah disclosed that news of the unseen to virgin Mary who was not a Rasul.
at August 20, 2018