The Angel Gabriel عليه السلام came to our beloved Prophet صلى الله عليه وسلم while he was in a state of seclusion at the Cave of Hira, and came to him with the Word of Allah, the divine Revelation. He was informed that he is a Prophet of God and was subsequently instructed to announce his Prophesy to the people. For some thirteen years, in his native Mecca, the Prophet صلى الله عليه وسلم prophesied, but he did not possess any administrative authority. Nor did he tell the people that administrative authority over Mecca or anyone else was his divine right.
When some of the people of Yathrib came into contact with him, and were persuaded that he was a true Prophet, they confessed faith in him. As their numbers grew, they consulted among themselves and made up their minds to invite the Prophet صلى الله عليه وسلم to join them in Yathrib (Medina). They desired that the Prophet صلى الله عليه وسلم not only dwell among them so they could benefit from the company of a Prophet, but that the Prophet serve as an arbitrator and judge among them, to settle their internal disputes. The Prophet صلى الله عليه وسلم graciously accepted their invitation, and consecrated it through the Second Pledge of Aqabah. Sayyidina Ka’b bin Malik رضى الله عنه who was present on that occasion narrates: We gathered in the ravine to wait for the Messenger of God. He came to us accompanied by his paternal uncle al-Abbas b. Abd al-Muttalib, who at that time still adhered to the religion of his people, but wished to be present when his nephew was negotiating and to see that there was a firm agreement. When he had sat down, al-Abbas b. Abd al-Muttalib was the first to speak, and said, "People of the Khazraj (the Arabs used to call the Ansar, the Khazraj and the Aws together, by the name of the Khazraj), you know what Muhammad's position is among us. We have protected him against those of our people who have the same religious views as ourselves. He is held in honor by his own people and is safe in his country. He is determined to leave them and to join you, so if you think that you can fulfill the promises which you made in inviting him to come to you and can defend him against his enemies, then assume the responsibilities which you have taken upon yourselves. But if you think that you will abandon him and hand him over after he has come to you, then leave him alone now, for he is honored by his people and is safe in his country." We said to him, "We have heard what you have said. Speak, Messenger of God, and choose what you want for yourself and your Lord." The Messenger of God spoke, recited the Qur'an, summoned us to God, and made us desirous of Islam. Then he said, "I will enter a contract of allegiance with you, provided that you protect me as you would your wives and children." (Tarikh at-Tabari): 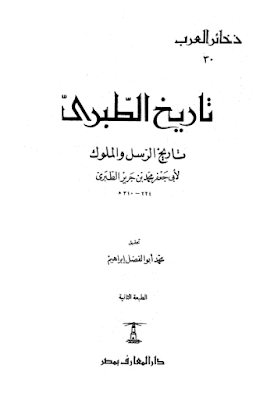 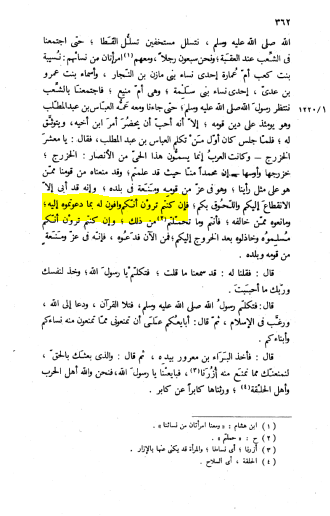 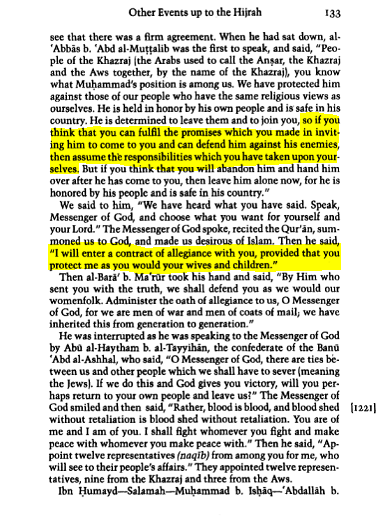