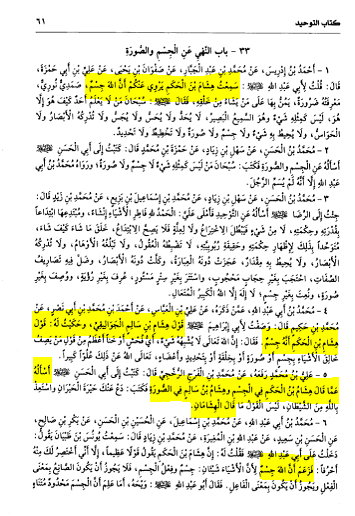 “Hisham b. Salim claims that Allah Mighty and Majestic has a form and that Adam was created in the likeness of the Lord. Half human and half otherwise – and I pointed to my sides and the hair of my head.

“This one (Hisham b. al-Hakam) desired Ithbat (to establish the existence of God) while the other one (Hisham b. Salim) likened His Lord the Elevated with creation.

“when they refer to him as a body they wish to assert that he is Existent.”