Sikh Scripture: Earth is Carried on Head of a Bull

Previously, I explained a fatal scientific error in the Granth (Sikh scripture) which describes the moon as a lamp. In this entry, I shall expose another error in the Granth, which is the idea that the planet Earth is being carried on the head of a bull: 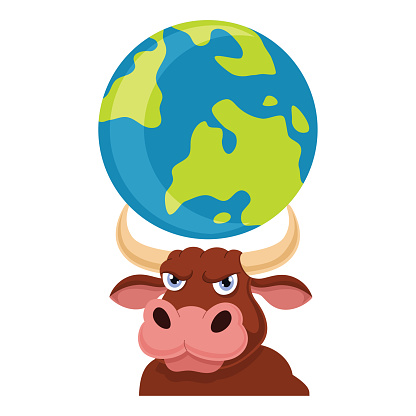 The mythical bull is Dharma, the son of compassion;

this is what patiently holds the earth in its place.

What a great load there is on the bull!

He Himself is the earth, the mythical bull which supports it and the Akaashic ethers.

The Hukam of His Command is the mythical bull which supports the burden of the earth on its head.