Cow Sacrifice the Antidote to Idolatry 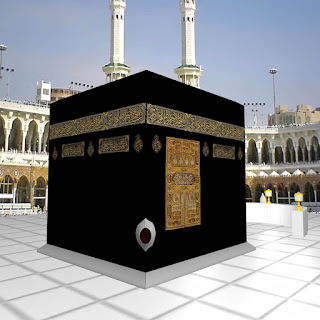 Allah commands you to slaughter a cow

The narrative in Surat al-Baqarah, the second Surah of the Quran and its longest, is extremely vital for understanding a disease that has spread in the minds of many Muslims.

Baqarah means cow and this Surah is named after the incident of the Prophet Moses على نبينا وعليه الصلاة والسلام under divine authority ordering his people to sacrifice a cow. In the proceeding Ayāt, Allah describes how the people of Moses, who are repeatedly named “stiff necked” in the Torah, attempted to play games with their own Prophet and escape having to carry out his orders by asking him questions regarding the specific description of the cow they were ordered to sacrifice. So Allah says:

Then they slaughtered her, though they would rather not do so

Perhaps the reluctance of the people of Moses in sacrificing a cow was a degree of hypocrisy and unfaithfulness that remained in them after their worship of the Golden Calf. In other words, they were ordered to sacrifice a cow to remove from their hearts once and for all any attachment or veneration for the cow, a mere animal, which had led them to their original idolization of it.

Interestingly, the red heifer sacrifice tradition in Judaism, from the Book of Numbers 19:2, has a connection to the Quranic account of the people of Moses being ordered to sacrifice a cow of a “dun color” (Surah 2:69): “The heifer's color is described in the Torah as adumah אדומה‎, normally translated as "red". However, Saadiah Gaon translates this word to Judeo-Arabic as صفرا, a word translated to English as "yellow". In addition, the Quran describes Moses being commanded about a "yellow" cow (Surat al-Baqara 9.69). To explain this discrepancy, Yosef Qafih (in his Hebrew translation and commentary on Saadiah's work) argues that the Bible requires the cow to have a ruddy light-brown color, which he says is the normal color of a cow. He says this color is in general described as אדום‎ in Hebrew and "yellow" in Arabic, resolving the discrepancy in the color words. He explains the Biblical requirement to mean that the cow be entirely of this color, and not have blotches or blemishes of a different color.” Source: Yosef Qafih, Perushei Rabbeinu Saadiah Gaon al haTorah, footnote to Numbers 19:2

Cow veneration is of course most prominently associated with the Hindus. This story in Surat al-Baqarah describing the apostasy of the Israelites in worshipping the Golden Calf and then being reluctant in sacrificing a cow ought to be read and understood as foreshadowing or using coded language for the Hindus and those Muslims of India who have developed some attachment to the cow due to Hindu influence and religious syncretism. The Prophet صلى الله عليه وآله وسلم said:

“You will follow the wrong ways, of your predecessors so completely and literally that if they should go into the hole of a lizard, you too will go there”

Cow veneration is Satanic, the beaten path to idolatry which duped some of the people of Moses long ago, and has duped an entire nation, the Hindu Indians, till this day. This Ummah is warned severely to beware of cow veneration in the narrative of the second Surah of the Quran.

The apostate Mughal ruler, Akbar, criminalized cow sacrifice in his domain to curry favor with the idolatrous Hindus. Here was the first example, to my knowledge, of someone initially from the Ummah who set the precedent and instituted the demonic concept of cow veneration. Sikhs, despite their pretentious claim to monotheism, avoid consumption of beef and have inherited from their Dharmic tradition a veneration for the cow. During the rule of the tyrant and taghut Ranjit Singh, cow slaughter was a capital offense. Many Muslims were beheaded during his tyrannical government for the “crime” of cow sacrifice. It was only when the British liberated the Punjab from the Sikh bandits during the Anglo-Sikh wars was the religious liberty of Muslims restored and the ludicrous criminalization of cow slaughter reversed.

Some idiotic Muslims in India, such as Abdul Bari of Firangi Mahal, in alliance with the despicable Hindu Gandhi, a pervert who after his wife’s death used to sleep in the nude alongside two young women, began instructing the Muslims to avoid cow sacrifice so as not to hurt the sentiments of their Hindu “brothers” معاذ الله

It is these kind of treacherous and Hinduphilic Muslims that are a carbon copy of the people of Moses who worshipped the Golden Calf and were reluctant to sacrifice a cow. They were blinded by their Indian nationalism and irrational hatred of the British that they corrupted their own Faith and rebelled against the fundamental precepts of Tawhid.

Muslims should therefore go out of their way to sacrifice cows during our religious festivals and other occasions in those lands and among those populations where there is a large number of people who religiously venerate the cow and worship idols.