In the text Sirate Mustaqim written in Persian by the martyr Shah Ismail of Delhi رحمة الله عليه there is an extremely controversial, indeed blasphemous, statement that cannot be understood as being anything other than disrespectful to the Prophet Muhammad صلى الله عليه وآله وسلم

“To concentrate (in prayer) on one’s Shaikh or other religious figure, even if it is the Prophet, is worse than thinking of one’s ox or donkey” (Sirate Mustaqim p.169): 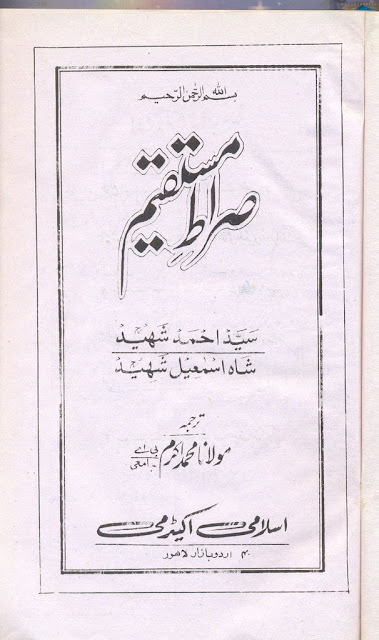 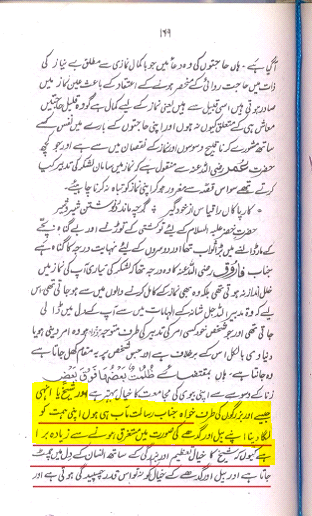 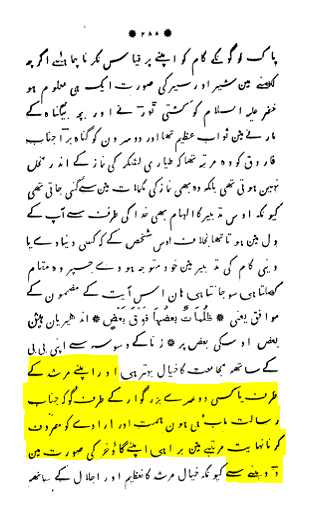 Now in justification of this apparent statement of disbelief and blasphemy, the author of these vile words writes subsequently that because one will think of one’s Shaikh or other religious figure with veneration, it will transform a prayer intended for God alone into an act that is bordering on polytheism, whereas naturally one’s being distracted about thoughts of one’s ox or donkey is not with that type of veneration.

The Barelawis, who are rightly outraged by the blasphemous statement which says thinking of the Prophet صلى الله عليه وسلم in prayer is worse than thinking of one’s ox or donkey, allege that these are the words of Shah Isma’il of Delhi رحمة الله عليه. However, I am not convinced this is true. It appears that this text, Sirate Mustaqim, has multiple authors. Therefore, it cannot be said with any degree of certainty whether these are actually the words of Shah Isma’il of Delhi, or perhaps Sayyid Ahmad of Rai Baraili or even Abd ul-Hayy of Lucknow. At any rate, while the statement in question is surely blasphemous and are words of disbelief, since the author obviously did not intend to insult or blaspheme the Prophet صلى الله عليه وسلم it cannot be said that he personally is guilty of blasphemy. While the justification for the statement is unacceptable, as I shall explain, it makes clear that the author of these controversial words was under a misconception and may be excused, and Allah knows best. The only group of Muslims who justify this blasphemous statement till this day are the astray Deobandis.

“Pray as you see me praying”

“by the movement of his beard”