False Prophets of Christianity Said Trump Would Be Re-Elected 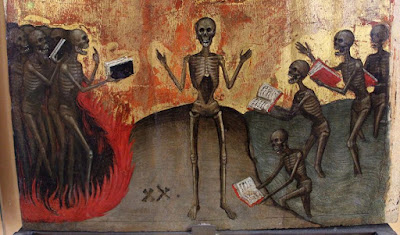 If Christianity is the truth, why are their so-called prophets of our time nothing but a bunch of liars and pretenders? Last year a large number of so-called Christian “prophets” prophesied that Donald Trump would be re-elected in the 2020 election. But yesterday’s inauguration of President Joe Biden has decisively put to shame these liars. The list of these evil false prophets includes Pat Robertson, Kenneth Copeland, Jeremiah Johnson, Kris Valloton, Albert Milton, and Paula White. The latter also served as Trump’s spiritual advisor. Some of these false prophets were forced to apologize for their false prediction, while still shamelessly claiming that they are true prophets of God. This despite the fact that it is written in the Torah: “But the prophet, which shall presume to speak a word in my name, which I have not commanded him to speak, or that shall speak in the name of other gods, even that prophet shall die. And if thou say in thine heart, How shall we know the word which the Lord hath not spoken? When a prophet speaketh in the name of the Lord, if the thing follow not, nor come to pass, that is the thing which the Lord hath not spoken, but the prophet hath spoken it presumptuously: thou shalt not be afraid of him.” (Deuteronomy 18:20-22)

These Christian so-called “prophets” may be likened to the “prophets”, or more accurately, soothsayers, of the Cult of Baal that was patronized by the cursed Jezebel. That these shameless individuals claim to be spokespeople of God while associating themselves closely with the American presidency is itself a sufficient indication of their falsehood. True Prophets of God are dissident, they rebuke the evils and wickedness of the government of their day. They do not at all preach the so-called prosperity gospel nor do they amass fortunes and estates through their ministry. The Christian Evangelical movement is in general an extremely Satanic and evil pagan movement that is quite reminiscent of the old pagan cults that employed oracles to bless the activity of their evil rulers and society.