Had Ibrahim Lived He Would Have Been a Prophet

The last son to be born to the beloved Prophet Muhammad صلى الله عليه وآله وسلم was sayyidina Ibrahim عليه السلام who died in infancy. It is reported that upon his death the Prophet صلى الله عليه وسلم said:

“Had he lived he would have been a truthful prophet”

However, this particular narration is weak due to the narrator Ibrahim b. Uthman al-’Absi who is matrūk al-hadīth ‘abandoned in Hadith’.

“Had it been decreed that there be after Muhammad صلى الله عليه وسلم a prophet, his son would have lived, but there is no prophet after him” (Sahih al-Bukhari)

This is also the view of sayyidina Anas bin Malik رضى الله عنه who said:

“Had Ibrahim son of the Prophet صلى الله عليه وسلم lived he would have been a siddīq, a prophet” (Musnad Ahmad)

Both Shuaib Arnaut and Hamza Ahmad al-Zayn have declared this narration hasan (sound) in their checking of the Musnad: 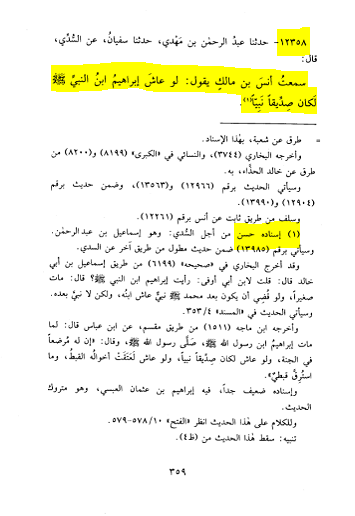 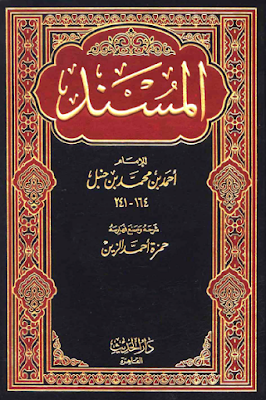 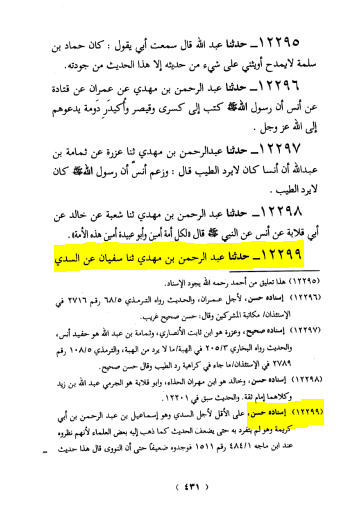 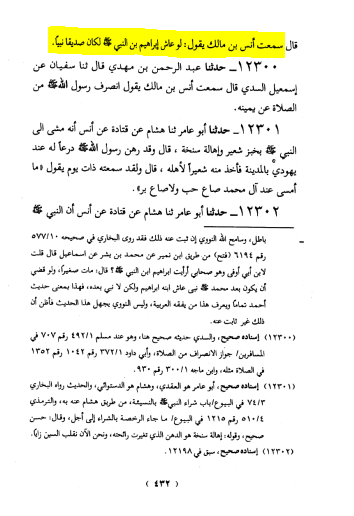 Ibn Asakir brings out another narration in which it is reported that the Prophet صلى الله عليه وسلم placed his blessed hand in the grave of his son Ibrahim عليه السلام and said:

“by Allah, he is a prophet, son of a Prophet” 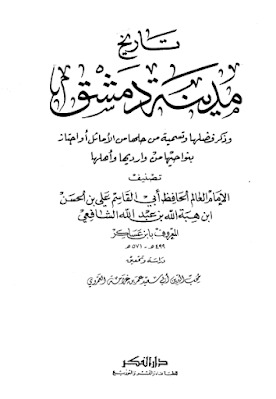 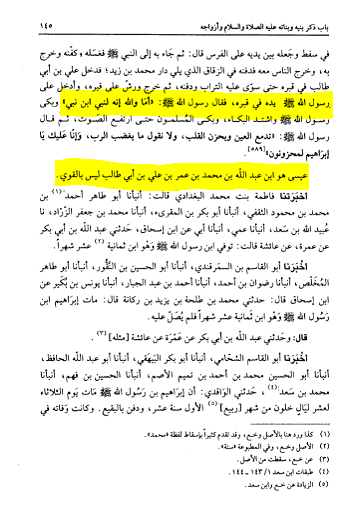 However, Ibn Asakir has mentioned that one of the narrators, a certain Isa who is actually a direct descendant of Amir al-Mu’minin, Ali bin Abi Talib كرم الله وجهه namely, Ibn Abd Allah b. Muhammad b. Umar b. Ali b. Abi Talib, is ليس بالقوى ‘not strong’ a mild criticism to be sure.

And if we accept the narration “by Allah he [Ibrahim] is a prophet, son of a Prophet” then we believe he was an Ummati prophet. He had the potential of receiving revelation from Allah and prophesying while still being subject to the Shari’ah of his blessed father صلى الله عليهما وسلم