Prohibition of Concealing Face in Salah 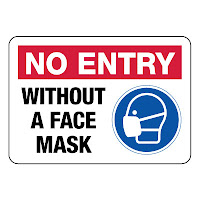 Citing the coronavirus pandemic as an excuse, many if not most mosques in the world have mandated worshippers wear a mask while praying. They have even gone to the extent of making the wearing of the mask a condition for entering the mosque. This is undoubtedly a severe tribulation, and yet another example of the corruption that has become so pervasive in our Ummah. As I narrated in a previous entry, I myself was expelled from my local mosque simply for refusing to wear a mask.

The truth is that it is expressly forbidden in our Religion for worshippers to cover their face while offering the obligatory Salah. Sayyidina Abi Hurairah رضى الله عنه narrates:

It is narrated that sayyidina Salim b. Abd Allah b. Umar رضى الله عنهم

These days many Ulama, who have either been purchased or else lack the moral courage to teach the correct ordinances of the Shari’ah, have issued fatāwa legitimizing the act of worshippers wearing masks while praying as a precaution against the spread of Covid-19.

Others, who are ghair muqallidīn (non-comformists) and so-called ahl al-Hadīth argue that there is nothing authentically established from the Sunnah which indicates that covering the face is prohibited in the Salah. They claim that the Hadith I quoted from Abi Hurairah رضى الله عنه in which the Prophet صلى الله عليه وسلم prohibited men from covering their mouths in prayer is weak. Incidentally, one of their most esteemed scholars of Hadith of the 20th century, al-Albani, declared the Hadith in question to be sound: 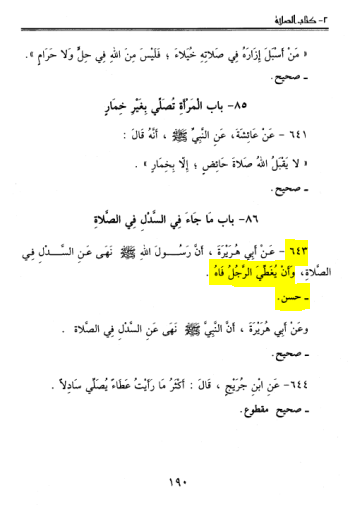 But the fact of the matter is that it is not necessary that every single teaching connected with the Salah, and other acts of worship in our Religion, have a proof from the Ahādīth. The original source for these teachings, before the Hadith narrations were even compiled, was the mass-practise of the early Muslims, which is known as amal al-Tawātur. This is something the literalist so-called ahl al-Hadith sect utterly fails to realize.

The Hanafi madhhab, which I personally adhere to, and which Allah Most High has evidently favored by allowing to attain acceptance among the majority of the Muslim Ummah till the present time, teaches that covering the face, specifically the mouth and the nose in Salah is makrūh tahrīmī (legally prohibited), and that the Salah must be repeated – wājib al-’iyādah: 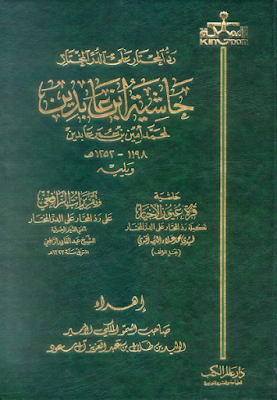 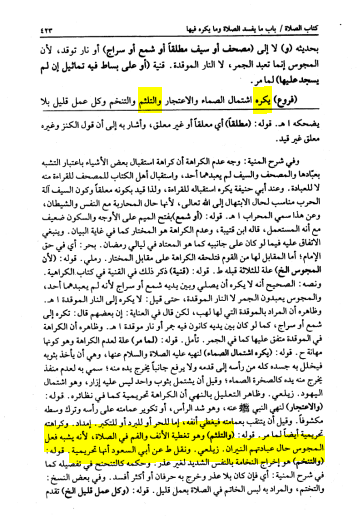 Although Ibn Abidin al-Shami has explained that the rationale behind this prohibition is that covering the face in worship is the way of the fire-worshipping Magians, in my understanding, the reason why worshippers are meant to bare their faces in the Salah is that it is not befitting to conceal one’s face while standing before Allah, just as it is not befitting to look straight toward the Qiblah, and we are taught to keep our gaze fixed at the place of prostration. The spirit of the Salah is that one is standing with utmost humility and reverence before the Lord. The literalist ahl al-Hadith have failed to understand this basic thing, which they oppose when they pray bare-headed, with their legs spread far apart, their arms folded high upon their chest, in a pose that reeks of arrogance and is certainly not befitting for one who is standing before his or her Lord.