But it should be borne in mind that the knowledge of asbāb al-nuzūl does not mean the āyāt of the Qurān don’t have a broader and general application beyond the original objects for the cause of their revelation from Heaven. In other words, this āyah is not restricted in applying to the antichrist Musaylimah but to all false prophets and individuals who falsely claim to have received revelation from Allāh سبحانه وتعالى

The Hour shall not be established until there appear nearly thirty dajjāls [deceivers] and liars. Each of them will claim ‘I am an Apostle of Allah’

In another version, it is reported that he صلى الله عليه وسلم said:

And there shall come in my Ummah thirty liars; each of them will claim ‘I am a prophet’.

But I am the Seal of the Prophets, there is no prophet after me

Therefore, this prophecy does not apply to the false prophets of other religions like Judaism and Christianity who arose after the Prophet Muhammad صلى الله عليه وسلم

There is unanimous agreement within the world of Islām that among these thirty false prophets are the first two such liars, namely, al-Aswad al-Ansī whose real name was Abhalah bin Ka’b, and the aforementioned Musaylimah bin Habīb لعنة الله عليهما

Although the prophecy undoubtedly speaks of thirty or nearly thirty pretenders, that doesn’t mean there won’t be considerable more such false prophets who originate from this Ummah. The prophecy is therefore referring to thirty or nearly thirty specific major false prophets, and not every lunatic who gets up one day without washing his face and claims he is a prophet.

The prophecy should probably also not apply to those false prophets who repented, like Tulayhah bin Khuwaylid al-Asadī رضى الله عنه and the false prophetess who later repented, namely, Sajāh bint al-Hārith.

Regarding sayyidinā Tulayhah, it is narrated that sayyidinā Umar al-Fārūq once addressed him after his repentance:

“You imposter, what is left of your soothsaying?”

He replied, “A puff or two in the bellows.” (Tārīkh al-Tabarī)

And Mary, the daughter of Imran, who guarded her private parts — so We breathed into him of Our Spirit — and she fulfilled in her person the words of her Lord and His Books and was one of the obedient.

And perhaps it was this initial spiritual connection which sayyidinā Tulayhah al-Asadī had with Allāh تعالى in the form of inspiration which made him imagine he was actually a prophet, but he soon came to his senses and repented from such misguidance.

So if we were to numerate the sum of false prophets who had risen from the Muslim Ummah throughout history, from the time of Prophet Muhammad’s صلى الله عليه وسلم last days till present, it would surely be greater than thirty. Hence it is stated in another version of this prophecy, or perhaps it is a separate prophecy:

The Hour shall not be established until there come seventy liars

it is said this narration is weak due to the narrator Yahyā bin Abd al-Hamīd al-Himmānī. And in another version, with this wording: 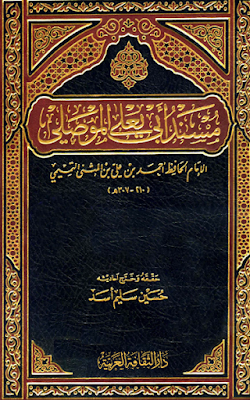 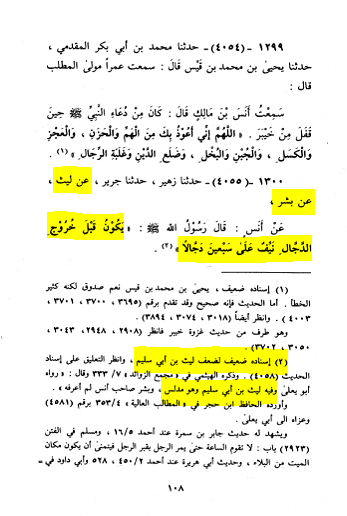 However, this narration is weak due to the narrator Layth bin Abī Sulaym.

And if we were to accept this prophecy of seventy antichrists and liars who shall come forth before the Antichrist (False Messiah or the Dajjāl), then perhaps we can count among them the infamous pretender of the Thaqīf, namely, al-Mukhtār bin Abī Ubayd.

And after him, al-Hārith bin Sa’īd of Damascus during the tenure of the Umayyad ruler Abd al-Malik bin Marwān.

Then there was a false prophet by the name of Hāshim, but better known as al-Muqanna “the veiled”. It is said he was a chemist who veiled his face to conceal the disfigurement caused by a chemical explosion from one of his experiments.

Other false prophets and pretenders who arose from the Ummah in modern times were Mirzā Husayn Alī Nūrī, so-called Bahā Ullāh of Iran revered by the Bahai religion, Elijah Poole who was the leader of the so-called Nation of Islam, a racist Black cult, and Rashād Khalīfa the infamous Sunnah and Hadīth rejecter who founded the United Submitters International.

It is often argued that prophesy has ceased absolutely, in every sense of the word, after Prophet Muhammad صلى الله عليه وسلم on the basis that he predicted there would arise nearly thirty false prophets after him from the Ummah. But then how would Muslims respond to certain cessationist Christians who argue along the same lines that Jesus Christ is the last prophet, and that Prophet Muhammad cannot be a true prophet since Jesus said:

Beware of false prophets, which come to you in sheep's clothing, but inwardly they are ravening wolves (Matthew 7:15)

And many false prophets shall rise, and shall deceive many (Matthew 24:11)

For there shall arise false Christs, and false prophets, and shall shew great signs and wonders; insomuch that, if it were possible, they shall deceive the very elect (Matthew 24:24; Mark 13:22)

But as Muslims answer that even if Jesus warned against the rising of false prophets after him doesn’t logically prove that the coming of a truthful prophet after him is impossible, likewise, it must be pointed out that the Prophet Muhammad’s صلى الله عليه وآله وسلم prophecy concerning nearly thirty false prophets is not a proof that prophesy has been discontinued after him in absolute terms.