Just to give the reader a (sour) taste of the kind of rubbish and fabricated tales that abound in the Shi'ite literature, I have reproduced below a quote from the most authentic Shi'ite book (Usul al-Kafi) where the belief of the Shi'ites is mentioned that the Prophet (alayhis salaam) was breastfed by his paternal uncle Abu Talib!
“Muhammad ibn Yahya has narrated from Sa‘d ibn ‘Abdallah from Ibrahim ibn Muhammad al-Thaqafi from Ali ibn Mu‘alla from his brother, Muhammad from Durust ibn abu Mansur from Ali ibn abu Hamza from abu Basir from abu ‘Abdallah (a.s.) who has said the following. "When the Holy Prophet (s.a) was born he remained for days without milk. Abu Talib himself breast fed him and Allah sent milk through his nipples. It continued for several days until abu Talib found Halima al-Sa‘diya and the child was given to her"
Source: Usul al-Kafi: Kitab ul Hujjah (Vol. 1, P. 520) 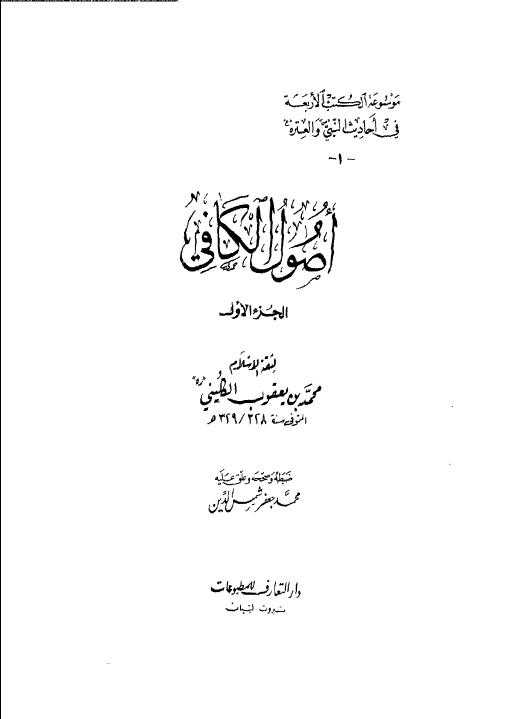 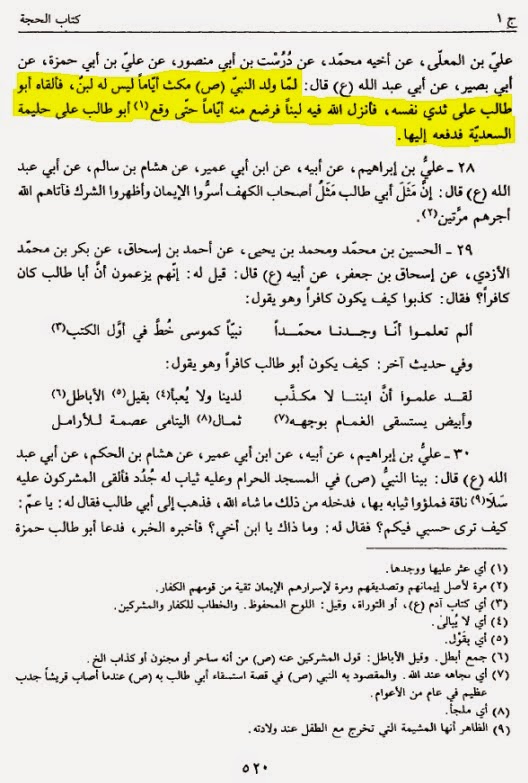