The Sufi “saint” Fariduddin Attar (1110-1221), in his book Tadkirat ul-Awliya mentions some of the annals of another Sufi who preceded him, Abul-Hasan al-Kharaqani (d. 1033). According to what he has narrated, Kharaqani had many statements of undeniable Kufr and Shirk. According to one, Kharaqani reportedly said to Sultan Mahmud of Ghazni: 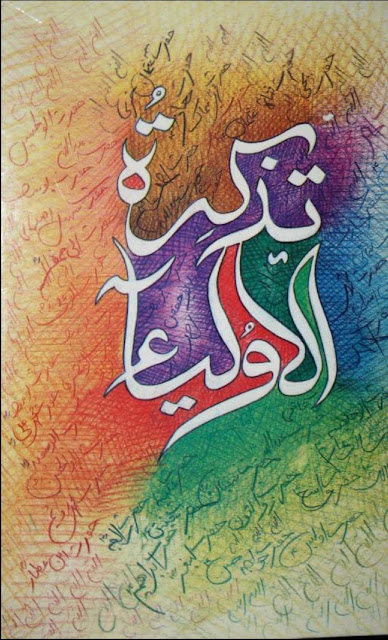 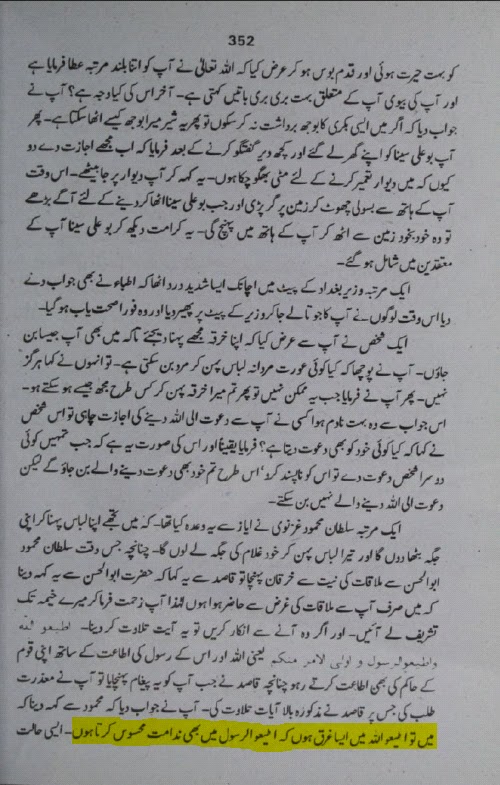 Salafi Mufti Sh. Bin Uthaymin Says Opening of the Chest of Prophet (A.S) was not Physical

In the Name of Allah; the Entirely Merciful, the Especially Merciful.


With respect to the Ayat of the Holy Qur’an in which Allah Most Exalted addresses His Prophet Muhammad (Sallallaho alaihi wasallam):


There appears to be a difference of opinion regarding whether this is a literary expression signifying the fact that Allah Most High opened the heart of the Prophet (Sallallaho alaihi wasallam) to His guidance and wisdom; or whether this was a literal cutting open of the chest of the Prophet (Sallallaho alaihi wasallam) as is apparent from the following narration:


It was narrated from Anas ibn Maalik (may Allaah be pleased with him) that that Jibreel came to the Messenger of Allaah (peace and blessings of Allaah be upon him) when he was playing with the other boys. He took hold of him and threw him to the ground, then he opened his chest and took out his heart, from which he took a clot of blood and said: “This was the Shaytaan’s share of you.” Then he washed it in a vessel of gold that was filled with Zamzam. Then he put it back together and returned it to its place. The boys went running to his mother – meaning his nurse – and said: Muhammad has been killed! They went to him and his colour had changed. Anas said: I used to see the mark of that stitching on his chest.


Classical Mufasireen such as Imam Jalaluddin al-Suyuti (Rahimahullah) and Imam Qurtubi (Rahimahullah) have copied these narrations into their respective books of Tafasir in explanation of the above cited Verse of the Holy Qur’an (94:1).


However, the Salafi/Saudi scholar, Shaikh Bin Uthaymin, has explained in his own Tafsir that the above cited Verse does not refer to anything that can be understood as being physical:


This opening is metaphorical, not physical. The opening of the heart may be done so that it is able to receive the decree of Allaah of both types, the shar’i decrees of Allaah, which means religion, and the decree of Allaah which has to do with the calamities that may befall man
Reference: Tafsir Qur'an al-Karim; Juz Amma p.645 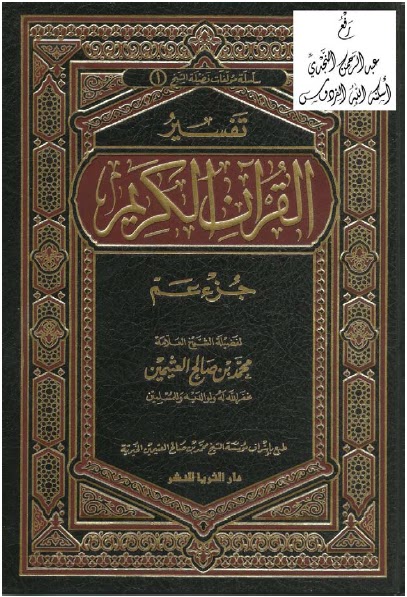 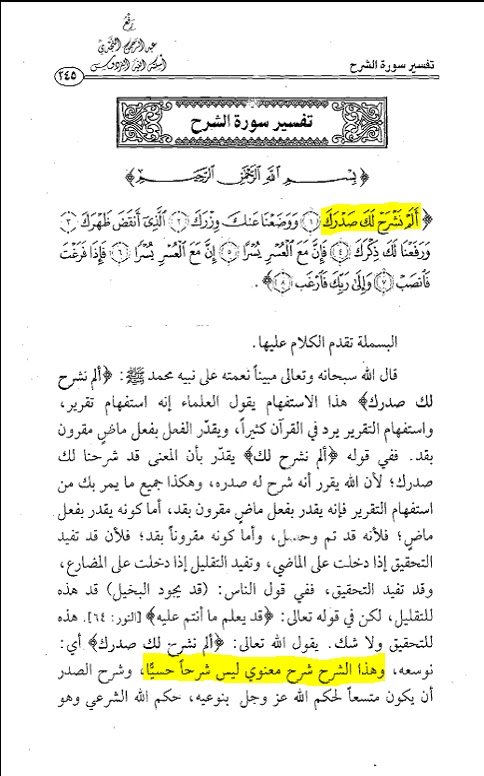 Barelwi Aqidah: Iblis (Satan) Prays to Allah with Hope for Salvation and Acceptance of His Repentance!

All Muslims who are acquainted with the teachings of the Holy Qur’an are aware of the fact that Iblis (the devil) is the number one enemy of Allah (God), and that Allah has decreed him as being astray and cursed. As such, Iblis will never ask for forgiveness or repent to Allah, and he has only been granted a temporary respite until Judgment Day, when he along with his followers that he led astray shall be flung into the fire of Hell.


Allah Most High says to Iblis:


Allah furthermore states that He has already decreed and determined that Iblis and all those who follow him shall be damned to the fire of Hell. Hence, Iblis has no chance for repentance or salvation. His affair has already been determined. He has only been granted temporary respite in order to beguile people from the Straight Path. Iblis himself knows this, which is why he stated in the same dialogue:


Iblis said: “My Lord, since You made me go astray, I swear that I shall beautify for them (evils) on the earth, and shall lead all of them astray.” (15:39)


Thus it becomes clear from the Holy Qur’an itself that Iblis is eternally damned and has no chance for repentance or salvation. His affair has already been determined and he himself is aware of it. Therefore, it is absolutely futile for Iblis to try to repent or worship Allah at this stage. Instead, Iblis himself has stated that so long as he is given respite he will do his utmost to lead mankind astray and have as many people join him in the blazing fire of Hell.


But the founder and Imam of the mushrik (pagan) Barelwi sect, Ahmad Reza Khan of Bareilly (1856-1921) mentions a fabricated story, under the heading of “Jinn becoming a Muslim”, that Iblis was once offering Salat with the intention of repenting to Allah and hoping for salvation:


Translation: Iblis is offering Namaz [Salat] on a mountain. Seeing this new thing from him, I said: “Your job is to make people neglect prayers, but now you yourself are praying?!” He (Iblis) said: “Perhaps the Lord of Honor (Allah) Most High will accept my prayer and grant me salvation.” 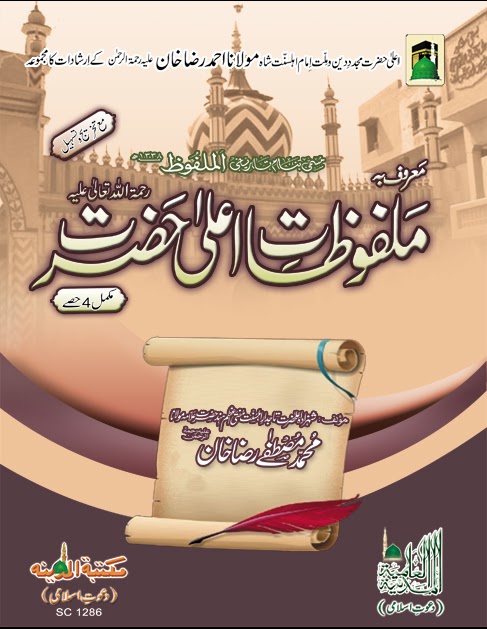 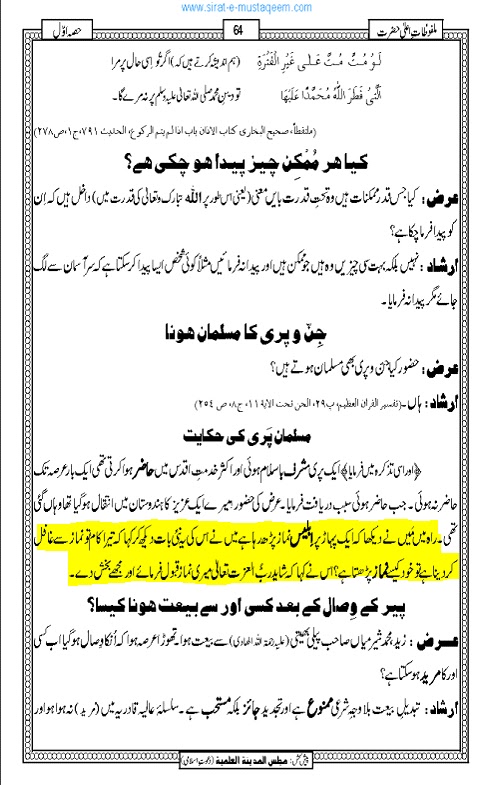 Sayyidatuna Aishah (RA): Say He is Seal of Prophets But Don't Say 'No Prophet After Him'