In the Name of Allah; the Entirely Merciful, the Especially Merciful
Invocations of peace and blessings upon our beloved Prophet Muhammad and upon his family, companions and pure progeny.
The grand prophecy of the second coming of the Messiah, Jesus son of Mary, is established not only from numerous and authentic Ahadith from the Prophet (Sallallahu ‘alayhi wasallam), reaching the level of Tawaatur (mass-transmission at every level), but even has strong indication from the Qur’an al-Karim itself:

According to an authentic Hadith reported in the Sahih of Ibn Hibban, Ibn ‘Abbas (Allah be pleased with him) reports that the Prophet (Sallallahu ‘alayhi wasallam) said concerning this Ayah: 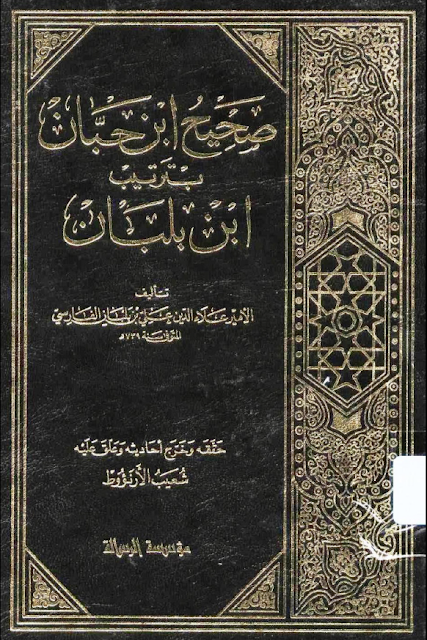 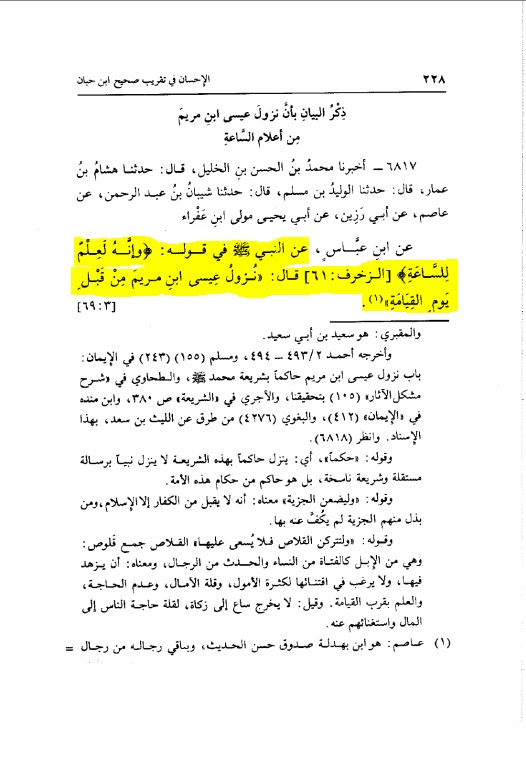 According to the version reported in the Musnad of Imam Ahmad, the wording is:

“Jesus son of Mary, peace be upon him, will come out before the Day of Resurrection.” 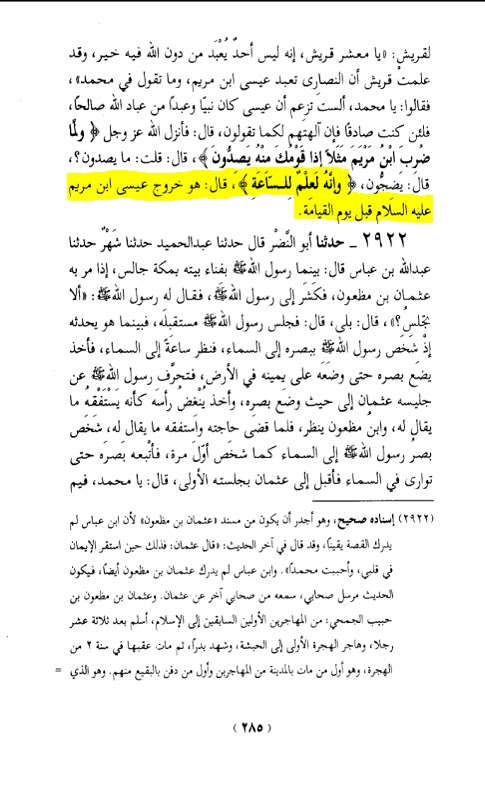 However, we have already proven repeatedly on this blog that Prophet Jesus of Nazareth (peace be upon him), who was born some two thousand years ago, and preceded our Prophet Muhammad (peace be upon him) by some six centuries, died in his own time. Likewise, we have proven from the Holy Qur’an that the souls of the deceased are forbidden from returning to this world. The Religion of Islam rejects both concepts of Tanaasukh (re-incarnation), and Raj’ah (return of the dead to this world before Judgment Day).
How then are we to understand the numerous reports from the Sunnah which are the basis for the grand prophecy of the second coming of the Messiah before Judgment Day?
One possibility which must be considered is that the prophecy of the coming of Jesus son of Mary signifies the birth of a saintly figure from within the Ummah who will bear the characteristics of Jesus, and shall act as an Imam for the entire Ummah. In order for the respected reader to understand this idea, we must examine two important issues.
1. Is there any precedent in the history of Religion which lends credence to this view?
2. What is the significance of Nuzool (descent)? Must it mean a literal descent to Earth from Heaven?

To answer the first question, I refer the reader to the Biblical prophecy of the second coming of Prophet Elias (peace be upon him), also known as Elijah:
הִנֵּה אָנֹכִי שֹׁלֵחַ לָכֶם, אֵת אֵלִיָּה הַנָּבִיא--לִפְנֵי, בּוֹא יוֹם יְהוָה, הַגָּדוֹל, וְהַנּוֹרָא.
Behold, I will send you Elijah the prophet before the coming of the great and terrible day of the LORD.
(Malachi; Ch. 3 V. 23 or Ch. 4 V. 5)
Orthodox Jews are expecting the literal return of the Prophet Elijah, but according to the Gospel narrative Jesus of Nazareth explained that the prophecy of the coming of Elijah was fulfilled in the person of Prophet John the Baptist (Matthew 11: 14, 17: 12; Mark 9: 13; Luke 1: 17).

Consider also the figure of Prophet Zul-Qarnain (peace be upon him) whose affair is mentioned in Sura 18 of the Holy Qur’an. The title Zul-Qarnain can mean either “the one of two horns” or “the one of two generations”. The latter meaning is surely more profound than the first and ought to be preferred for understanding the reality of this mysterious figure who is mentioned in the Holy Qur’an.
A strong possibility about the reality of the name Zul-Qarnain is that it indicates to us that this figure will have two appearances in two different generations. He may have been a historical person but at the same time a person predicted to appear sometime in the future.
In the year 235 of the Islamic calendar, a false prophet named Mahmud b. al-Faraj al-Naysaburi appeared in Samarra and claimed to be Zul-Qarnain. He was executed by severe flogging during the reign of the Abbasid ruler al-Mutawakkil.
Reference: Tarikh al-Tabari; v. 12, p. 457 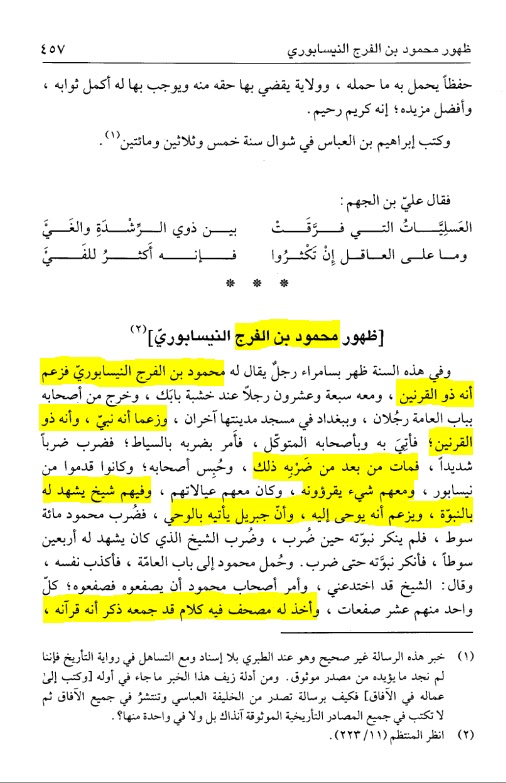 What the claim of Mahmud b. al-Faraj indicates to us is that there may have been some sort of expectation among the Muslims of that time for the advent of the Prophet Zul-Qarnain (peace be upon him). Incidentally, Mirza Ghulam Ahmad, founder of the Ahmadiyyah movement, also claimed that he was Zul-Qarnain (Malfuzat; v. 5 p. 406). And there are many other such examples from the history of Religion about the “re-appearance” of an ancient Prophet, but not literally, rather the “re-appearance” of the prophet is fulfilled in the appearance of a different man who bears some spiritual resemblance to him.
The second issue is regarding the reality of Nuzool (descent). Many Muslims believe that the Hadith-based prophecies indicate that the coming Messiah will literally descend from heaven, carried on the wings of two Angels.
However, words derived from the root ن-ز-ل (N-Z-L) can also mean: “to facilitate, to grant, to provide” (Arabic-English Dictionary of Qur’anic Usage, p. 930)
For example, Allah Most High says:
Say, “Have you seen what Allah has sent down [ANZALA] to you of provision of which you have made [some] lawful and [some] unlawful?” Say, “Has Allah permitted you [to do so], or do you invent [something] about Allah?” (Sura 10: 59)

He created you from one soul. Then He made from it its mate, and He produced [ANZALA] for you from the grazing livestock eight mates. (Sura 39: 6)

Concerning the coming Messiah, Nuzul (descent) does not necessarily mean “descending from Heaven” but, as reported in the version of Musnad Ahmad, it means Khuruj (coming out).
Now let us examine authentic Ahadith from the collections of Bukhari and Muslim which strongly indicate that the prophecy of the descent of the Messiah means the emergence from within the Muslim Ummah of a noble and great Imam:

Aba Hurairah (Allah be pleased with him) narrates that Allah’s Messenger (Sallallahu ‘alayhi wasallam) said: “How will you be when the Son of Mary descends among you and your Imam is from among you.”
(Sahih al-Bukhari)

According to some scholars, this Hadith predicts the appearance of two different individuals, the Son of Mary and an Imam from among the Muslims. According to them, that Imam is none other than the promised Mahdi. However, other versions of this Hadith make it clear that the Imam spoken of in this Hadith who shall lead the Muslims is in fact Jesus Son of Mary:

“How will you be when the Son of Mary descends among you and leads you from among you?”
(Sahih Muslim)

“How will you be when the Son of Mary descends among you and leads you?”
(Sahih Muslim)
Furthermore, the reader should consider the fact that Jesus son of Mary has been given two physical descriptions by the Prophet (Sallallahu ‘alayhi wasallam) which are at variance with each other. This is another strong indication that the historical Jesus of Nazareth is not necessarily the same Jesus Son of Mary who is prophecised to appear before Judgment Day. During the night of Mi’raj, the Prophet (Sallallahu ‘alayhi wasallam) beheld Jesus son of Mary in Heaven and described him as a man of reddish (Ahmar) complexion, having curly hair, and a broad chest. This is the physical description of the historical Jesus of Nazareth whom the Prophet (peace be upon him) saw on the night of Mi’raj.
However, in another vision, the Prophet (Sallallahu ‘alayhi wasallam) saw himself performing Tawaaf of the sacred Ka’bah and saw the coming Messiah, whom he described as having a wheatish (Adam) complexion, and having straight or lank hair.


In summary, these evidences point to the fact that the coming Messiah, who has been named as Jesus son of Mary, is not necessarily the historical Israelite prophet Jesus of Nazareth, who is deceased. According to the divine law, the souls of the deceased cannot return to this world. The coming Messiah whose advent is predicted in numerous Ahadith is in fact a noble and just Imam who shall arise from within the Ummah to lead and guide it, and he has been named as Jesus son of Mary due to spiritual resemblance and fulfilling the Messianic role. And Allah knows best.
at November 15, 2016