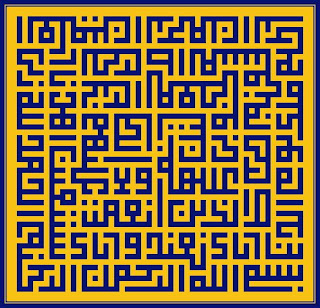 
One of the controversial differences of opinion among the Muslims concerning the Salât is the issue of Raf’-ul-Yadain or raising the hands. There are several views on the matter, the main ones being catalogued here:


3. Hanbali view: Hands are raised during first Takbîr, when bowing and after raising head from bowing.


4. Ibâdi view: Hands are not raised at all, not even during the first Takbîr!


Some Muslims, especially the Shî’ites and some of the so-called Ahlul Hadîth raise their hands between the two prostrations, or with every Takbîr, or even every movement from one position to the next in the Salât.


With the exception of the Ibâdi sect’s position, all other practices mentioned here are legitimate and have their evidence from the Sunnah of the Prophetﷺ


However, it appears that the Hanafi position is the strongest. Firstly, there is the Hadith of Sayyidina Abdullah b. Mas’ud (may Allah be pleased with him):


It was reported from Alqamah who said: Abdullah ibn Mas’ud said: Should I not pray for you the way the Messenger of Allah (ﷺ) prayed? So he prayed, raising his hands only once. (Sunan Abi Dawud) 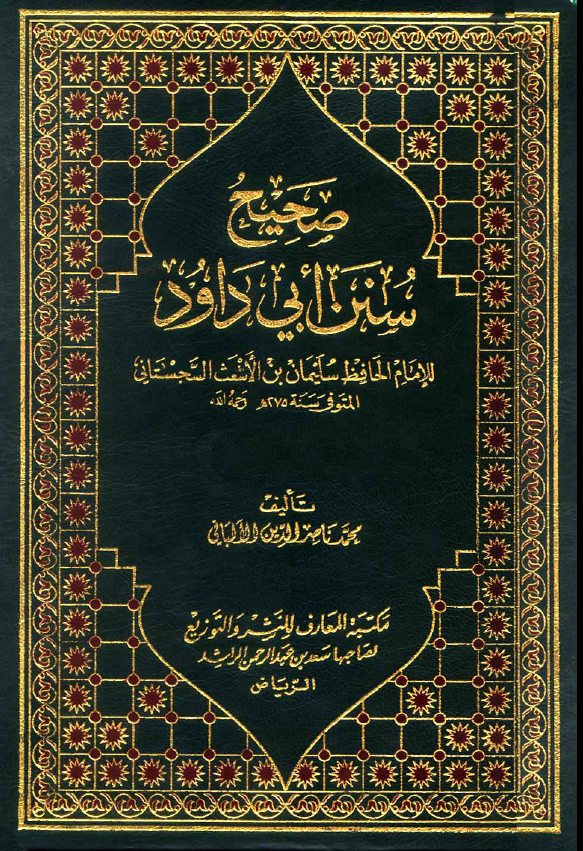 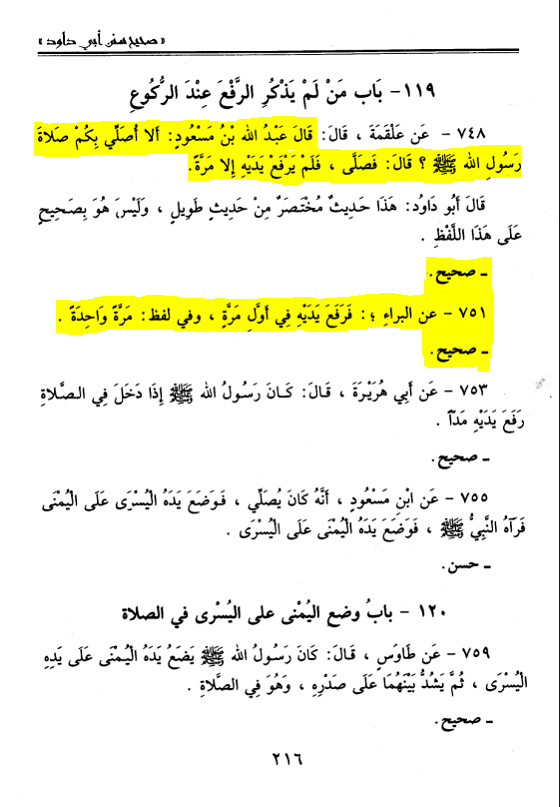 
The rationale behind not doing Raf’-ul-Yadain in the rest of the Salât is that it is contrary to the Sakînah (tranquility) that is required in Salât. This means the one who is praying Salât should be as still and tranquil as possible; refrain from excessive and unnecessary movements. The proof that excessively raising one’s hands in Salât is contrary to this tranquility is based on the following Hadîth:


Jabir b. Samura reported: The Messenger of Allah (ﷺ) came to us and said: “How is it that I see you lifting your hands like the tails of headstrong horses? Be calm in prayer.” (Sahih Muslim)
It is often argued that this Hadîth from Jâbir b. Samurah (Allah be pleased with him) is concerning the waving of hands during the Taslîm through which the worshiper exits the Salât. The Prophet ﷺsaw that some of his companions while offering the Taslîm would gesture with their hands to those praying alongside them to the right and the left; the Prophetﷺ then forbade them to do this saying “why do you point out with your hands as if they are the tails of headstrong horses?”


Because the narrations to this effect are also narrated by Sayyidina Jâbir b. Samurah, it is assumed that the above cited narration is in that context and is not concerning the Rafa’ Yadain that is performed before going into Ruku’ and raising the head from Ruku’, etc.


Secondly, the narration via Tamîm b. Tarafah has the additional wording “be tranquil in the Salât”, indicating that it is concerning the Rafa’ Yadain that is offered inside the Salât, and not the Taslîm through which a person exits the Salât.
at May 12, 2017