بسم الله الرحمن الرحيم
وصلى الله على نبينا محمد
وعلى اهل بيته الطيبين الطاهرين المظلومين
Among the idiosyncrasies of the wayward Deobandi sect is their highly guarded secret, a doctrine that is rarely if ever shared among the public by their preachers and learned ones, that the prophethood of all the Prophets عليهم السلام with the exception of Prophet Muhammad صلوات الله وسلامه عليه are accidental and not essential. Previously, I cited a Deobandi scholar, Qari Muhammad Tayyab Qasimi (d. 1983) who stated that the prophethood of sayyidina Muhammadصلوات الله وسلامه عليه is real and original, while the prophethood of the other Prophets عليهم السلام is not real or original but an emanation of Prophet Muhammad’s prophethood. Of course, Qari Tayyab Qasimi did not originate this doctrine but simply inherited it from the founder of his sect, Mawlana Muhammad Qasim of Nanawta (d. 1880). In his book Tahdhir un-Nas the Mawlana wrote that the Seal of Prophecy would not be broken if, hypothetically, another prophet were to come after him chronologically on another Earth on even on this very Earth. He also wrote that the laity’s understanding of the Seal of Prophecy as meaning chronological finality entails no excellence or superiority for Prophet Muhammad صلوات الله وسلامه عليه, because there is no inherent virtue in being the first or last chronologically, therefore the Mawlana rhetorically asks how can such a notion be correct. According to Mawlana Qasim of Nanawta, it is only the illustrious Prophet Muhammad صلوات الله وسلامه عليه who is a prophet in his essence (بالذات), while all the other prophets, from Adam to Jesus عليهم السلام are prophets accidentally (بالعرض), meaning their respective prophethoods are an accidental and not essential property of their sacred personages. Needless to say, it should be understood that the Mawlana is using these terms (essential and accidental) in the Aristotelian sense. Hence he writes:
رسول اللہ صلعم وصف نبوت میں موصوف بالذات ہیں اور سوا آپ کے اور انبیاء موصوف بالعرض

“The Apostle of Allah peace be upon him is attributed with prophethood in essence and apart from him the other Prophets are attributed with it accidentally.” (Tahdhir un-Nas p.10): 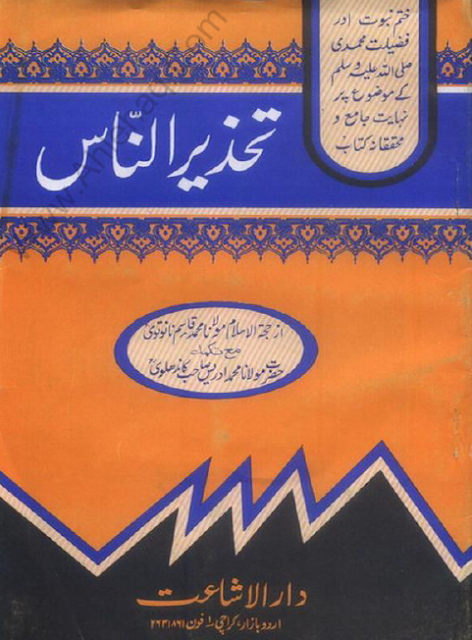 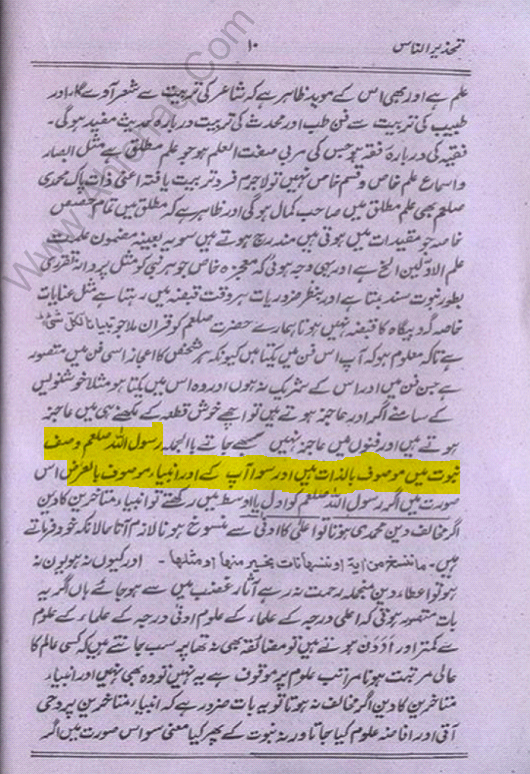 اوروں کی نبوت آپ کا فیض ہے
“The prophethood of others is from his emanation.” (Tahdhir un-Nas pp.6, 13): 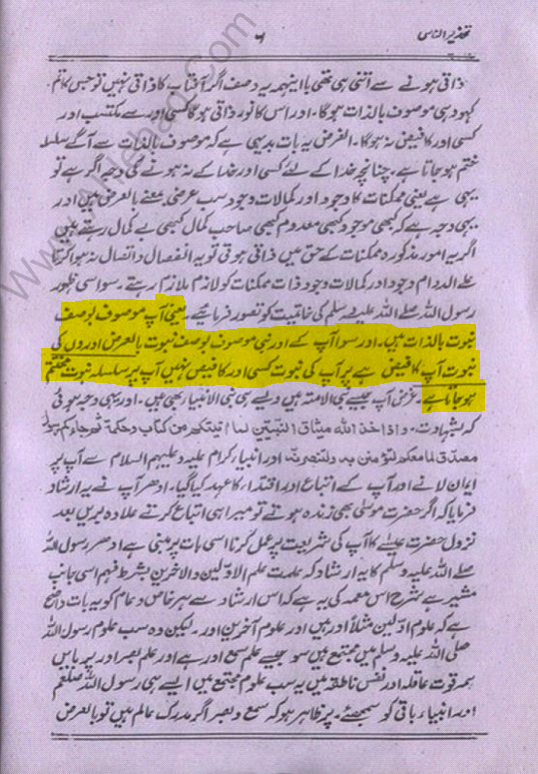 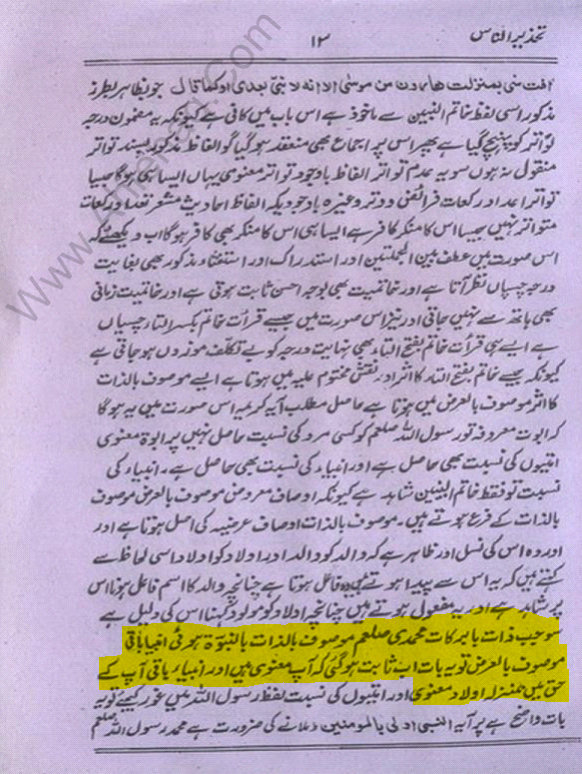 Now this idea that the prophethood of the ancient Prophets, Adam to Jesus peace be upon them, is for them an accidental property and not an original prophethood but attained as an emanation from the Prophet Muhammadصلوات الله وسلامه عليه is absolutely false and has no basis in the actual teachings of Islam. Yes, it is correct to describe the sainthood and ‘partial prophethood’ meaning prophetic experiences and excellences exhibited by the pious Believers of this Umma as a faid (emanation) of the Prophet Muhammad صلوات الله وسلامه عليه. In other words, such language and terms may be used to describe the spiritual levels that are attained by the pious saints within this Umma, but cannot be used to describe the prophethood of the real Prophets that preceded Prophet Muhammad صلوات الله وسلامه عليه chronologically.
at November 26, 2018