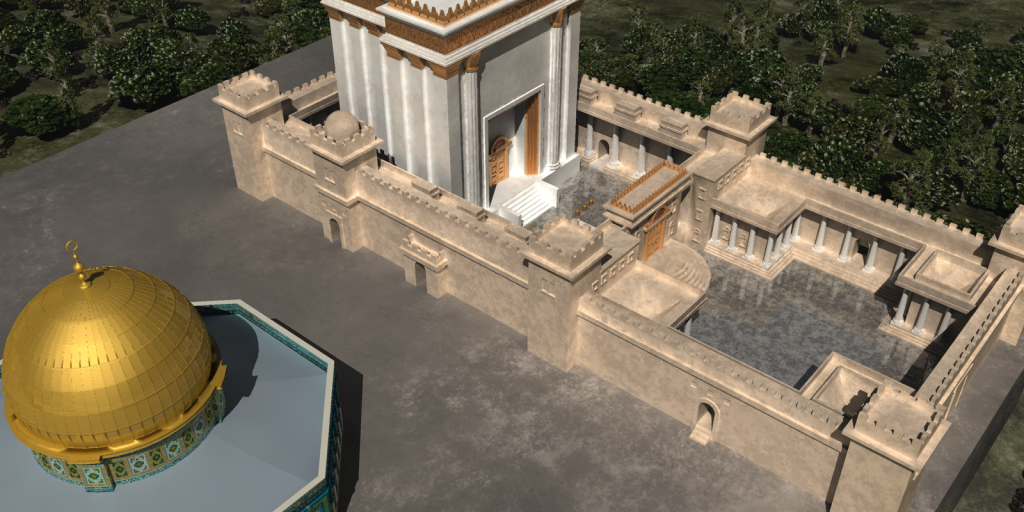 Having expressed my thoughts on the disease of racism, I will now discuss a particular widespread form of racism - anti-Semitism - in the Muslim world. Although Jewish people aren't the only Semites, the term anti-Semitism is understood to mean bigotry against Jews. According to Islam, Jews are People of the Scripture:


مِّنْ أَهْلِ الْكِتَابِ أُمَّةٌ قَائِمَةٌ يَتْلُونَ آيَاتِ اللَّـهِ آنَاءَ اللَّيْلِ وَهُمْ يَسْجُدُونَ ۞ يُؤْمِنُونَ بِاللَّـهِ وَالْيَوْمِ الْآخِرِ وَيَأْمُرُونَ بِالْمَعْرُوفِ وَيَنْهَوْنَ عَنِ الْمُنكَرِ وَيُسَارِعُونَ فِي الْخَيْرَاتِ وَأُولَـٰئِكَ مِنَ الصَّالِحِينَ ۞ وَمَا يَفْعَلُوا مِنْ خَيْرٍ فَلَن يُكْفَرُوهُ ۗ وَاللَّـهُ عَلِيمٌ بِالْمُتَّقِينَ ۞
Among the People of the Scripture is a community standing [in obedience], reciting the verses of Allah during periods of the night and prostrating. They believe in Allah and the Last Day, and they enjoin what is right and forbid what is wrong and hasten to good deeds. And those are among the righteous. And whatever good they do - never will it be rejected from them. And Allah is Knowing of the righteous.
(Sura 3:113-115)


The Prophet Muhammad (peace be upon him) condemned anti-Semitism. He married a pious Jewish lady, Safiyya bint Huyayy (Allah be pleased with her), who had beheld a vision that the moon was placed in her lap. At times, the Prophet's other wives would tease sayyida Safiyya on account of her Jewish heritage. The Prophet (peace be upon him) expressed grave displeasure at this, and would rebuke those of his wives who were expressing this anti-Semitism. On one occassion, when sayyida Safiyya complained to the Prophet (peace be upon him) regarding this anti-Semitic bullying, he reassured her by saying:
أَلاَ قُلْتِ فَكَيْفَ تَكُونَانِ خَيْرًا مِنِّي وَزَوْجِي مُحَمَّدٌ وَأَبِي هَارُونُ وَعَمِّي مُوسَى
"Why did you not say: And how are you better than me while my husband is Muhammad, my father is Aaron and my uncle is Moses?"
(Jami at-Tirmidhi, #3892)

And in another version:


So in answering anti-Semitism, the Prophet Muhammad (peace be upon him) cited the nobility of Jewish heritage and the Israelite Prophets. Apart from the Prophet's wife Safiyya, several other companions of the Prophet (peace be upon him) were Jewish, notably the rabbi Abdullah bin Salam (Allah be pleased with him), who is called a Witness from the Children of Israel in the holy Quran (Sura 46:10). Likewise, some of the greatest early scholars of Islam were Jewish converts, such as Ka'b al-Ahbar (Allah be pleased with him). Historically, the treatment of Jews under Muslim rule, while not always perfect, was a lot fairer than what they had to face in medieval, Christian Europe of persecution, inquisitions, Crusades and pogroms. In modern times we cannot ignore the horror of the Holocaust. It was during the Second World War that modern anti-Semitism began to penetrate the Arab world. The Farhud pogrom in Iraq in 1941, in which hundreds of innocent Jews were murdered by a campaign of pro-Nazi, Arab fascism under Rashid Ali al-Gaylani, is one of the darkest stains on our history. Nevertheless, I must point out that this modern anti-Semitism that spread like a cancer into the Arab world had nothing to do with Islam. It was an outcome of a secular, Arab nationalist and fascist ideology which was opposed by religious forces such as the Ulama. The Baath Party that arose in Iraq and Syria, and sadly persists in the latter country, is a toxic mixture of fascism, socialism and Arab nationalism, which seeks to supress the orthodox expression of Islam. Anti-Semitism is integral to the Baathist ideology. We Muslims have to recognize the nefarious agendas of both the far-right and far-left to inject an anti-Semitic narrative into our community. Anti-Semitism is associated with these two political extremes, but particularly with White European supremacism and xenophobia. It cannot be denied that the soured relations between Muslims and Jews because of the Israel/Palestine conflict has greatly fueled anti-Semitism in our community. We must never make the mistake of using the oppressive policies of a right-wing government in the State of Israel as justification to latch on to an anti-Semitic narrative that demonizes Jewish people. Islam teaches us justice, moderation, truth and sincerity: "do not let the hatred of a people prevent you from being just. Be just; that is nearer to righteousness." (Sura 5:8) It is quite regrettable that a historically European narrative of anti-Semitism has penetrated much of the Muslim world. Disgusting anti-Semitic literature such as the fabricated Protocols of the Elders of Zion are being widely distributed in Arab book shops. We have to acknowledge this growing problem within our part of the world and launch an educational campaign to combat it.
at April 28, 2019