بسم الله الرحمن الرحيم
والصلاة والسلام على رسوله الكريم
Imam Abi Hanifa (rahimahullah) was a great jurist and pious saint of our Umma. Sadly, the majority of those who attribute themselves to him have deviated in their theology and creed. Several misguided sects like the Mu’tazila, Karramiyya, Maturidiyya, and in our time, the Deobandis and Barelawis, ascribe themselves to the Hanafi madhhab. They may be Hanafi in jurisprudence, but they have greatly opposed the Islamic creed and theology of Imam Abi Hanifa. Only a small group among the Ahnaf, including yours truly, remain faithful to the Athari or Salafi creed which was adhered to by Imam Abi Hanifa and his original students.
The text al-Fiqh al-Akbar, which is generally ascribed to Imam Abi Hanifa, either his own work or else faithfully representing his beliefs, summarizes the creed of the Imam. In it is stated:
وله يد ووجه ونفس كما ذكره الله تعالى في القرآن، فما ذكره الله تعالى في القرآن من ذكر الوجه، واليد، والنفس فهو له صفات بلا كيف، ولا يقال: إن يده قدرته، أو نعمته، لأن فيه إبطال الصفة، هو قول أهل القدر والاعتزال، ولكن يده صفة بلا كيف، وغضبه، ورضاه صفتان من صفاته تعالى بلا كيف
“He (Allah) has a Hand, Face and Self as Allah Most High has mentioned in the Quran. And what Allah Most High mentioned in the Quran regard the Face, the Hand, and the Self, they are His Attributes without modality. And it cannot be said: ‘His Hand is His Power or His Favor’, for that is negation of the Attribute, and is the saying of the Qadariyya and the Mu’tazila. Rather, His Hand is an Attribute without modality, and His Anger and His Happiness are two Attributes from among His exalted Attributes without modality.” (al-Fiqh al-Akbar #11): 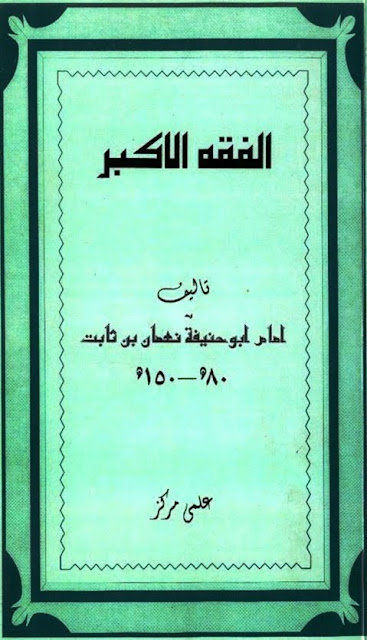 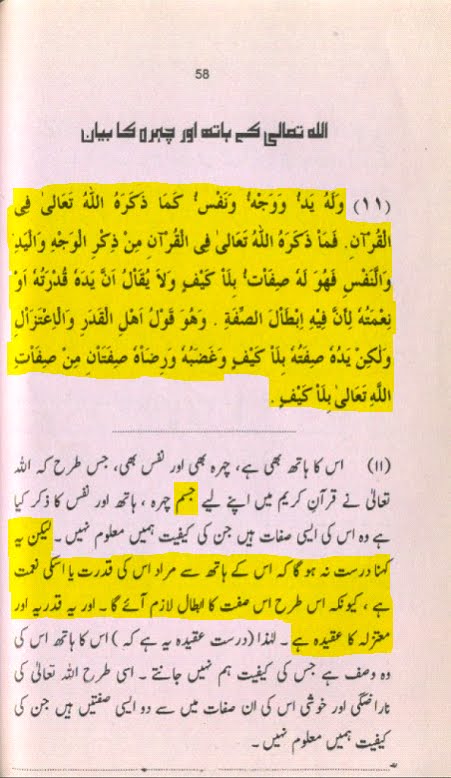 This quote is highly significant in refuting the Maturidis, Barelawis and Deobandis who claim to be followers of Imam Abi Hanifa but have apparently adapted a theology that was diametrically opposed to his own. Many of the Maturidis, Barelawis and Deobandis make ta’wil of Allah’s Attributes such as His Hand. They interpret ‘Yad’ to mean Allah’s Power or Favor rather than the orthodox creed, which is that Yad means Hand and is one of Allah’s Essential, Personal Attributes. We believe in all of Allah’s Attributes, both attributes of essence and attributes of action, but without explaining their modality or reality. Furthermore, many of today’s misguided Maturidis, including both Barelawis and Deobandis, do not affirm the attributes of Anger and Happiness for Allah, instead interpreting, for example, Happiness to mean Allah’s Mercy. This too is an apparent opposition to the creed of Imam Abi Hanifa (rahimahullah). Instead, as the Imam has stated, the Maturidis, Barelawis and Deobandis who either interpret the meaning of Allah’s Essential Attributes like His Hand to mean something else like power or favor, are following the way of the deviant Qadariyya and Mu’tazila, and are not upon the way of Ahl us-Sunnati wal-Jama’a.
at April 16, 2019