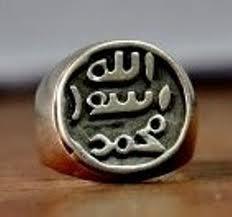 My master the Prophet Muhammad صلى الله عليه وآله وسلم is the Seal of the Prophets – Khātam an-Nabiyyīn – and this is one of his virtues. The prevalent interpretation of this ascription, that it means only that he is the last prophet of God in a strictly chronological sense, cannot be correct for logically there is no virtue or excellence in simply being the last chronologically. The fact that being ‘Seal of the Prophets’ is a virtue for Prophet Muhammad صلى الله عليه وآله وسلم is proven from the context of the Ayah in the Quran in which he has been characterized with this ascription:

Muhammad is not the father of any of your men, but he is the Messenger of Allah and the Seal of the Prophets

The word lākin (but) is, in Arabic grammar, harf istidrāk – an amendment particle. Its purpose is to compensate for what has preceded. The Ayah begins by announcing that Prophet Muhammad صلى الله عليه وآله وسلم is not the father of any adult man among the people. It is well known that all of his biological sons died in infancy. This is an apparent defect or imperfection, at least in the understanding of the pagan Arabs, and so Allah subsequently declares that despite this apparent defect, Prophet Muhammad is nevertheless His Apostle and also ‘Seal of the Prophets’. This is obviously meant to compensate for the apparent defect of not being the father of any adult man. But if ‘Seal of the Prophets’ is interpreted to mean that he is merely the last prophet in the chronological sense, it’s placement here is meaningless for there is no virtue or excellence in being at the beginning, middle or end of the chain of prophesy in the chronological sense, thus there is no compensation for the apparent defect.

That ‘Seal of the Prophets’ is necessarily an ascription that signifies some virtue or excellence is explicitly highlighted in the following Hadith of the Prophet:

Incidentally, this Hadith is a proof that the great Prophet Noah على نبينا وعليه الصلاة والسلام was not a universal Messenger of God sent to all humanity, contrary to popular belief, for that is the exclusive quality of our Prophet Muhammad صلى الله عليه وسلم. This is a strong indication that Noah’s Flood was not a global phenomenon.