Rashid Gangohi: Takfir of a Sahabi Doesn't Expel Someone From Ahl us-Sunnah wal-Jama'ah

Devbandis boast they are at the forefront in battling the Rafidah—those perverse people who curse and denigrate the Prophet’s illustrious companions, may Allah be happy with them all. Yet we see that their elders, the likes of Rashid Gangohi, had an altogether different approach to this contentious issue. The latter said:

Whoever makes takfir of anyone from among the honorable Sahabah is cursed. It is forbidden to appoint such a person as an imam in the mosque, but as a consequence of this major sin he isn’t expelled from the Sunnah group (Fatawa Rashidiyah; p.274): 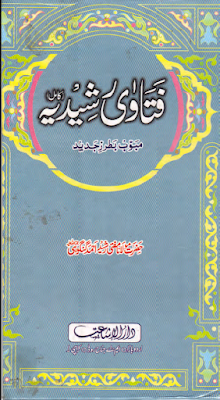 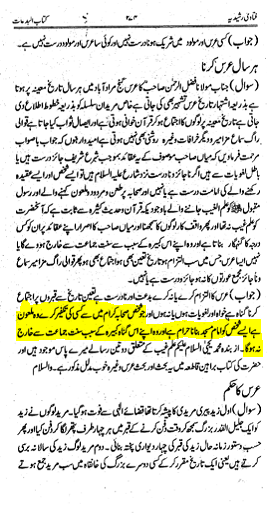 This is an absolutely shocking fatwa from someone whom the Devbandis consider perhaps the most senior figure in their maslak (school of thought). While it is true, and certainly my position, that someone, such as a Rafidi Shi’i, who curses a Sahabi, or makes takfir of a Sahabi, or else denigrates a Sahabi in some other way, is an evil, wicked and cursed individual who we nonetheless do not declare a non-Muslim as long as he professes Islam, Rashid Gangohi has said that such an act or attitude isn’t sufficient to expel someone from the circle of orthodox, Sunni Islam. The truth is, one who mocks or denigrates a Sahabi even lightly is certainly a misguided, non-Sunni, let alone one who makes takfir of any Sahabi. It should be known that the official position of the Ithna Ashari sect of Shi’ah is that after the death of the Prophet (sall Allahu alaihi wasallam), the vast majority of the Sahabah became apostate with only a handful of exceptions!
at February 23, 2021