Establish Islamic State in Your Heart: It Will Be Established for You in the Land

The so-called “Islamist” movements and groups, which aim to establish a state or government, oppose the pure Islamic methodology which is that the Believers, individually and collectively, reform themselves and in recompense it is Allah Himself Who shall grant them dominion in the Earth. Allah Most High says:

Surely, Allah changes not the condition of a people until they change that which is in their souls

The act of Allah granting the Believers succession in the land, establishment of their Religion and peace and safety, as per His promise, is contingent to their having faith, performing good deeds, and worshiping Him alone. And throughout the Quran, the act of granting succession [khilafah] is always directly attributed to Allah Himself (Surah 6:133; 6:165; 7:129; 11:57)

In another passage in the Quran, Allah lays down the terms of His covenant with this Ummah:

O ye who believe! shall I point out to you a bargain that will save you from a painful punishment?

That you believe in Allah and His Messenger, and strive in the cause of Allah with your wealth and your persons. That is better for you, if you did but know

He will forgive you your sins, and make you enter the Gardens through which streams flow, and pure and pleasant dwellings in Gardens of Eternity. That is the supreme triumph

And He will bestow another favour which you love: help from Allah and a near victory. So give glad tidings to the believers

In exchange for the Believers believing in Allah and His Apostle and striving in the cause of Allah with their wealth and persons, Allah shall not only grant them eternal salvation in the Afterlife, but also that which they love, namely, divinely aided victory and conquest in this world.

The severe misguidance of the so-called “Islamist” movements and parties is that they want to put the cart before the horse: they seek to establish political dominion and succession in the Earth for the Muslims while bypassing the need for spiritual and moral reform of the Muslims, individually and collectively. They direct their efforts in that sphere which Allah assures us He Himself shall take care of on condition that we spiritually and morally reform our internal condition.

Ironically, it was a former leader of the Ikhwan al-Muslimin (Muslim Brotherhood), one of these foolish “Islamist” organizations which emphasize political activity for the purpose of establishing an Islamic state, who once said:

These words of Hassan al-Hudaybi, murshid al-’am (general guide) of the Muslim Brotherhood from 1951 till his death in 1973, were quoted by the neo-Salafi muhaddith, al-Albani, who described these words as though they were divine revelation from Heaven 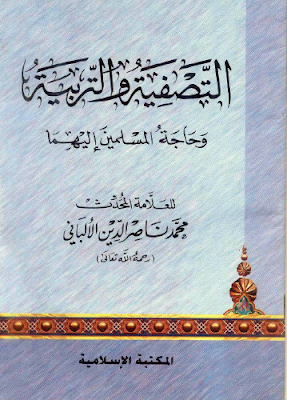 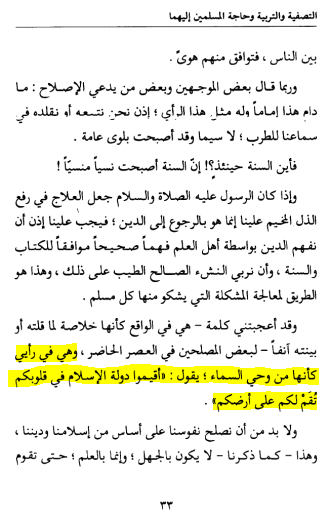