Malicious Christian apologists quote the following Ayah of the holy Quran and contend by it that Prophet Muhammad [sall Allahu alaihi wasallam] did not possess certainty as to what would happen to him in the Afterlife—specifically whether he would attain salvation:

Incidentally, the Deobandi elder, Rashid Gangohi, in his Fatawa Rashidiya issued a fatwa declaring that it is proven that it is possible for Allah to lie and proceeded to cite this very Ayah as a proof. He stated that although Allah has declared that the Prophet Muhammad [sall Allahu alaihi wasallam] is ultimately forgiven, there is the possibility of him not being forgiven in the Afterlife because of the words of this Ayah ‘I do not know what will be done with me’ (Fatawa Rashidiya p.237; Ta'lifate Rashidiya p.99): 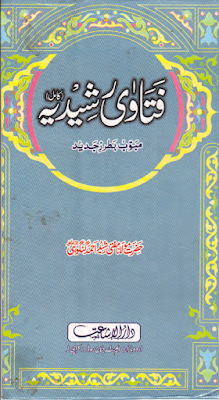 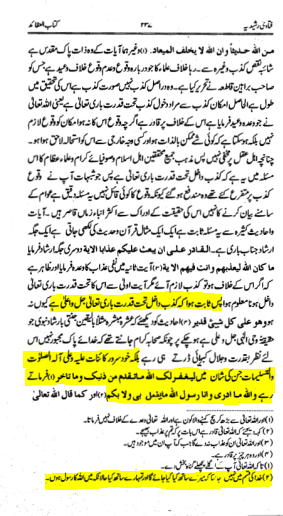 Killing two birds with a single stone, I have answered this doubt raised by the Christians and by the Deobandis in the following video on my YouTube channel:

In summary, I quoted Tafsir al-Jalalayn in explanation of this Ayah, which makes it plain that the statement ‘I do not know what will happen to me’ is in reference to this worldly life and not the Afterlife:

“Nor do I know what will be done with me or with you in this world will I be made to leave my native land or will I be slain as was done with some prophets before me or will you stone me to death or will the earth be made to swallow you as it did deniers before you?”

Al-Wahidi has explained the circumstances for the revelation of this Ayah in his Asbab an-Nuzul:

Al-Kalbi reported from Abu Salih that Ibn ‘Abbas said: “When tribulations faced by the Companions of the Prophet, Allah bless him and give him peace, intensified, The Prophet saw in his dream that he migrated to a land that had palms, trees and plenty of water. He related this dream to his Companions and the latter took it for a good omen and a harbinger of relief from the harm of the idolaters which they faced. After a while, when they saw that nothing had happened, they said: ‘O Messenger of Allah! When are you going to migrate to the land which you saw in your dream?’ The Messenger of Allah, Allah bless him and give him peace, did not answer them, but Allah, exalted is He, revealed (…nor know I what will be done with me or with you…), i.e. I do not know whether or not I am going to move to the place which I saw in my dream.

“May Allah be merciful to you, O Aba as-Sa'ib! I testify that Allah has honored you”

In response to this, the Prophet [sall Allahu alaihi wasallam] said:

Certainty [death] came to him. By Allah, I too wish him good, but by Allah, I do not know what will be done with me though I am Allah's Messenger.

Although the context of this statement is in reference to Uthman bin Maz’un’s death and whether or not Allah has truly honored him in the Afterlife, the Prophet’s statement ‘I do not know, though I am the Messenger of Allah, what will be done with me’ does not necessarily have to be interpreted as referring to what will be done with him in the Afterlife. His purpose is only to convey that despite being a Prophet and Apostle of God he has not been given the totality of the knowledge of the unseen.

One of the ‘godfathers’ of the Deobandi sect, Rashid Gangohi, considered by them to have the status of a Prophet, used to praise Mirza Ghulam Ahmad—founder of the Ahmadiyya movement—saying: 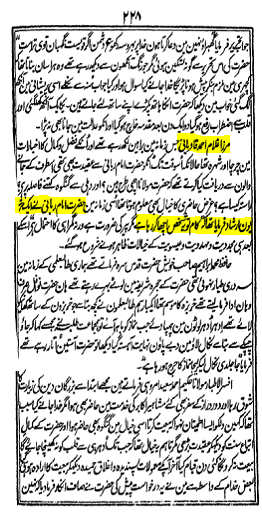