The changes to the geopolitical chessboard is accelerating so that a clearer image of the end game is now somewhat discernible. The stage for the final showdown pitting the forces of Light and Darkness against each other is almost set. As was revealed to me in a kashaf this world is the battlefield in the cosmic war between Heaven and Hell. Each side has their pawns and also their more dangerous pieces – the latter are not restricted to being powerful military or political forces. Rather, this war is primarily waged as an intellectual struggle for souls. Due consideration must be given to rising religious forces like the Taliban in Afghanistan and the Huthis in Yemen. Both of these factions, although apparently unrelated and separated by thousands of miles, will play a crucial role in bringing about an apocalyptic, religious awakening among ordinary Muslims that will pave the way for the emergence of the promised Mahdi. In Afghanistan, the US have almost completely withdrawn their military presence, leaving the ineffective and corrupt Afghan government virtually defenceless against the Taliban onslaught. Within months we can expect a near total victory for the Taliban. They are on the march to final victory, and as that victory appears more and more attainable in a short period of time, their incentive to compromise on the negotiating table will diminish. A Taliban takeover of Afghanistan will be a huge game changer for the Muslim world. Muslim states that are generally corrupt, weak and fail to invoke any confidence or inspiration in their citizens have much to be worried about the Taliban’s success as an armed group that identifies itself with Islam and the Shari’ah. Likewise, the Saudi failure to not only defeat but even contain the Huthis – a Zaidi revivalist movement that seeks to establish an Imamate – bodes ill for the corrupt Gulf monarchies. Both the lands of Yemen and Khorasan are intimately connected with the rise of the promised Mahdi. These are countries where historically Muslims were successful in resisting cultural Westernization and modernization. According to a set of narrations, the promised Mahdi shall be backed by armies from the East, from Khorasan, identified by their black banners. Another narration predicts that the Mahdi shall emerge from a small town in Yemen called Kari’ah:

The Mahdi shall come out from a village in Yemen called Kari’ah. Upon his head is a turban and a caller shall call out ‘this is the Mahdi, so follow him’ 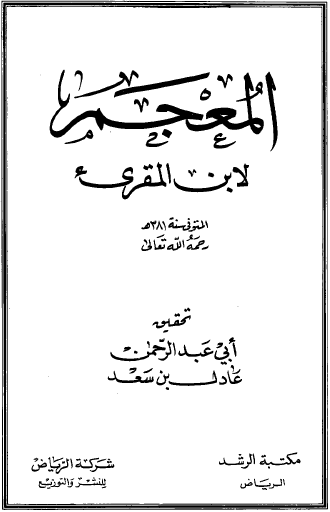 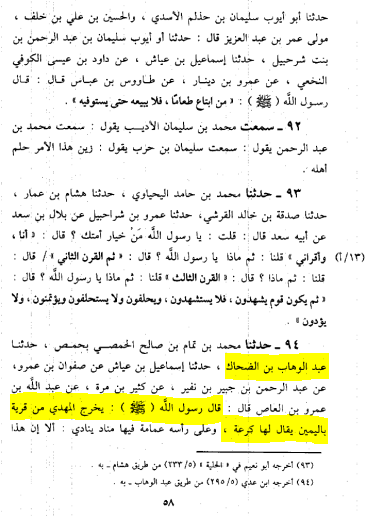 Although the authenticity of this particular narration is questionable, there is a distinct possibility that the promised Mahdi shall indeed hail from this northern region in Yemen, while being a resident of modern-day Saudi Arabia. He shall also be a descendant of the Prophet Muhammad صلى الله عليه وآله وسلم through his illustrious daughter sayyidatuna Fatimah سلام الله عليها

But do not construe this as an endorsement of either the Taliban or the Huthis. Both have employed tactics in war that are undoubtedly contrary to the principles of the Shari’ah, including tactics which are borderline described as terrorism. I do not say that either faction is truly Mahdist, but it is a distinct possibility that either one of them, or even both, shall eventually morph into a force that shall be the initial support for the promised Mahdi when he does emerge in the Hejaz.

The persistent weakening of modern states in the Muslim world leading to the inevitable collapse of many of them (at the moment, the collapse of Lebanon seems imminent) lays the groundwork for the emergence of the Mahdist movement that will miraculously establish a Caliphate in the Middle East and perhaps the liberation of Jerusalem from Zionist control. There will also be a spiritual uprising in Istanbul, modern day Turkey, after which in short order the Antichrist will surface and move toward the Holy Land from the east. It appears to me that there is a link between the emergence of the Antichrist and the so-called Islamic Republic of Iran. For the Antichrist emerges from Khorasan, or from Asbahan, regions in northern and central Iran, backed by a force of seventy thousand strong. This force of seventy thousand are described as having Turkic features, though according to a Hadith in Sahih Muslim, they are Jews of Asbahan. It may be that the Twelver Shi’ites of Iran, and other Shi’ite communities especially the Hazara of Afghanistan, shall imagine that the Antichrist is their fictional Twelfth Imam.